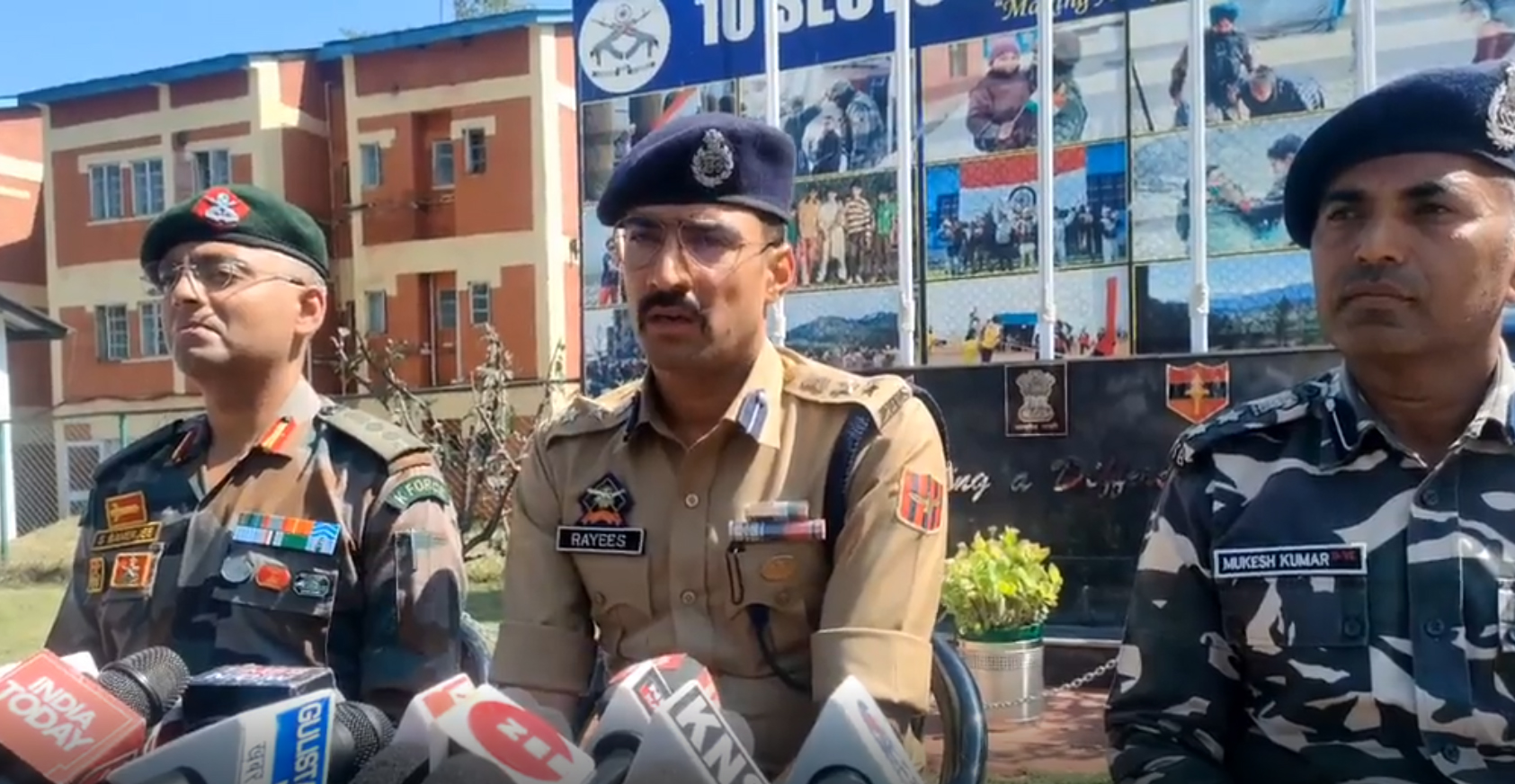 SRINAGAR, Sept 30: Two local Jaish-e-Mohammad terrorists planning to target the Army’s Agniveer recruitment rally were killed in an encounter with security forces in Jammu and Kashmir’s Baramulla district on Friday, police said.
Speaking to reporters in the north Kashmir district, Senior Superintendent of Police, Baramulla, Rayees Bhat said security forces launched a cordon and search operation in the Yedipora area of Pattan in the early hours of Friday after information was received from intelligence agencies about the presence of terrorists there.
“During the searches, the terrorists opened fire and an encounter ensued. The operation went on for a long time and in the morning hours, two terrorists were killed,” the SSP said.
Bhat said the terrorists were planning to target the Army’s Agniveer recruitment rally which concluded in Pattan’s Hyderbeig on Thursday.
“The information we have is that they (terrorists) had reached here to target the Army’s Agniveer (recruitment) rally and they were planning to disturb the youth who are trying to join the mainstream and to make this rally unsuccessful. But we foiled their plans,” he said.
The security forces recovered an AKS-74U rifle from the encounter site along with three magazines, a pistol, a pistol magazine and two bullets, he said.
“AKS-74U is a new version of AK-47, normally with the FTs (foreign terrorists), locally known as Karencov but actually called Kirinkov,” he added.
Bhat appealed to the youth to not take the violent path.
Asked if the terrorists were trying to show their presence ahead of Union Home Minister Amit Shah’s visit to Jammu and Kashmir, the SSP said the operation was successful because of an alert already issued by the security forces and the heightened security ahead of the visit.
Shah was scheduled to visit Jammu and Kashmir from September 30 to address two mega rallies in Rajouri and Baramulla. His visit, however, was postponed to October 4.
Bhat said the identity of the slain terrorists is being ascertained.
However, Additional Director General of Police (ADGP), Kashmir, Vijay Kumar said the slain terrorists belonged to Jaish-e-Mohammed (JeM).
“01 more #terrorist killed (Total 02). Both the local terrorists linked with proscribed #terror outfit JeM. #Search operation in progress. Further details shall follow,” Kumar said in a tweet.
Another encounter broke out in Chitragam in south Kashmir’s Shopian district in the early hours of Friday following a cordon and search operation in the area on the basis of inputs about the presence of terrorists there, a police official said. (Agencies)