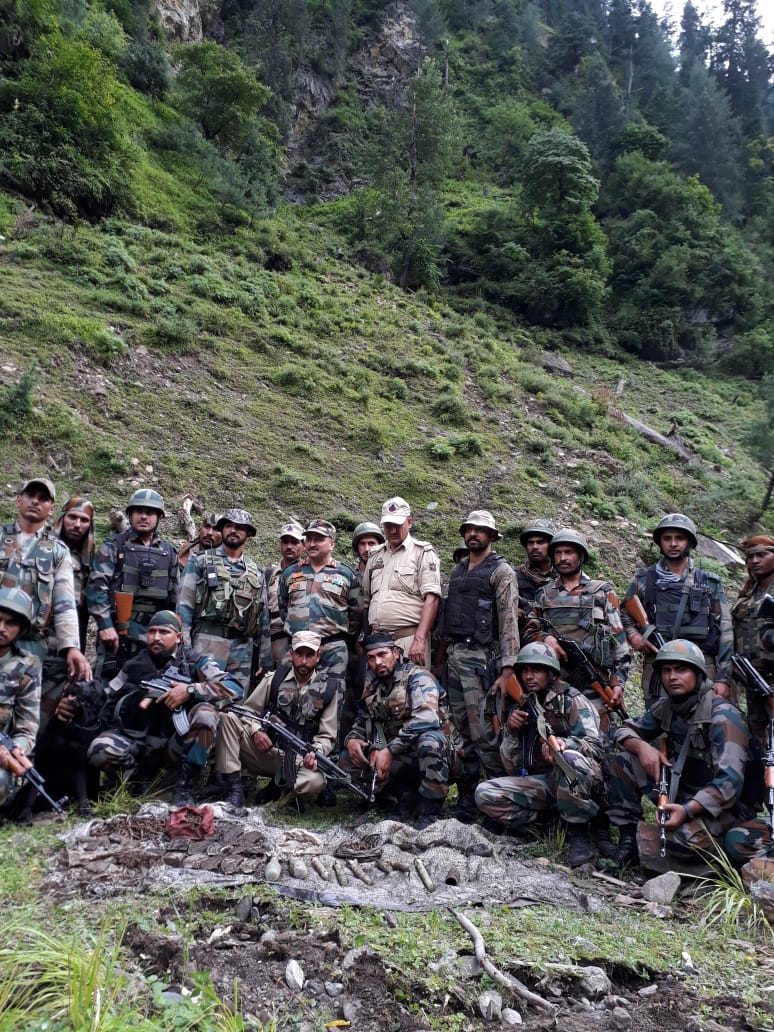 JAMMU: Security forces Monday busted a terrorist hideout in Doda district of Jammu and Kashmir and recovered a huge cache of arms and ammunition, a senior police officer said.

The hideout in Madhan-Chanchalu forest in Gandoh area was unearthed during a joint search operation carried out by Special Operations Group (SOG) of local police and troops of 4 Rashtriya Rifles on a specific information, Superintendent of police (Operations), Doda, R P Singh said.

The seized arms and ammunition included a Chinese pistol and eight rounds of a rocket projectile gun, an under barrel grenade launcher, 11 AK 47 magazines with 581 rounds, five SLR magazines, a pistol magazine and 188 rounds of assorted ammunition.

Four wireless sets with a spare battery and a charger were also recovered by the search parties, the officer said.

Most of the items had gathered rust, indicating that it was an old hideout and was used by terrorists who operated in the district over a decade ago, he said.

No one has been arrested yet, the officer said, adding that a case was registered and further investigation was on. (AGENCIES)