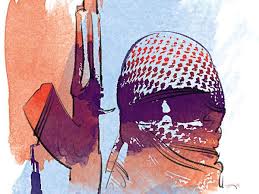 United Nations, Dec 2: Terrorism has emerged as one of the means of waging war in the contemporary world and it threatens to engulf the planet in a carnage similar to the one witnessed during the two World Wars, India has said, calling for global action to defeat the scourge.
“The commemoration of the 75th anniversary of the end of the Second World War provides us with an opportunity to reaffirm commitment to the most fundamental principle and purpose of the United Nations that is to ensure that successive generations are saved from the scourge of war,” First Secretary in India’s Permanent Mission to the UN Ashish Sharma said on Monday.
Addressing a special solemn meeting in commemoration of the World War-II victims, he said, “Terrorism has emerged as one of the means of waging war in the contemporary world. It threatens to engulf the world in a carnage similar to what we witnessed during the two World Wars. Terrorism is a global phenomenon and can only be defeated by global action.”
Sharma called on nations to rededicate themselves to fight contemporary forms of waging war and ensure a more peaceful and secure world.
He said the World War-II remains the greatest military engagement in the history of the Indian subcontinent. Despite being under colonial occupation, India contributed 2.5 million soldiers who fought in every theatre of World War II, from North Africa to Europe and as far east as Hong Kong.
The Indian army was also the largest volunteer force ever raised in history, of which 87,000 died or went missing and over a hundred thousand suffered grave injuries.
“We also cannot forget the sacrifices of our Asian, African and Arab brothers and sisters who fought and died for the freedom of the Allied powers, although they were under the yoke of colonial rule,” Sharma said.
He said there can be no real statistical measurement of the human and material cost of World War II. “No figure can quantify the human loss, deprivation and suffering, the dislocation of peoples and of economic life, or the sheer physical destruction of property that the war witnessed.”
Saluting the valiant young men and women and people of all the countries who fought to save the world, Sharma said Indian soldiers had participated in the war effort in the millions and suffered immense casualties. However, it is “disheartening” to note that despite the contributions of thousands of volunteers from the colonial world to the war efforts of the Allied forces, the contributions of these brave men and women have not been given their due recognition.
“Although the battlefronts of Europe were romanticised in novels, history books and films, much of the war was fought in and over colonies controlled by the colonial powers, with front lines springing up from North Africa to East Asia,” he said. (PTI)