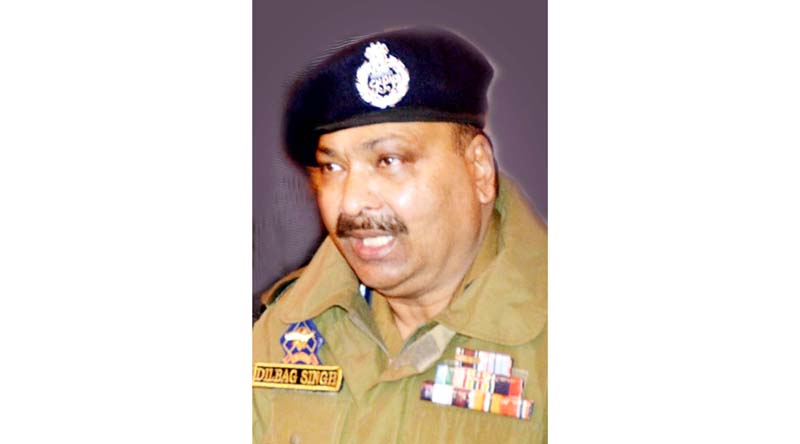 ‘No reason to dispute Army version on encounter’

Click here to watch video
Addressing the annual press conference of Jammu and Kashmir Police, Singh said, “We undertook over 100 successful operations in J&K. Ninety operations took place in Kashmir and 13 in Jammu. As many as 225 terrorists were killed — 207 in Kashmir and 18 in Jammu division.”
He said that among the slain terrorists, 47 were top commanders belonging to various outfits. “Today, all top commanders of various outfits have been eliminated,” he added.
The DGP said 16 Jammu and Kashmir Police personnel — 15 in Kashmir and one in Jammu — and 44 security forces jawans — 42 in Kashmir and two in Jammu — were killed while fighting terrorism this year.
Singh said that police and security agencies have cracked down on Over Ground Workers (OGWs) of terror outfits, who throw grenades or work as messengers and couriers.
“As many as 635 OGWs were arrested and 56 out of them were booked under the Public Safety Act (PSA),” he said.
During the year, 299 terrorists and their associates were arrested and 12 terrorists surrendered, he said.
The police chief said that 426 weapons, over 9,000 ammunition and magazines, and a huge cache of explosive material were recovered and seized during anti-terror operations.
There has been a decrease in the number of civilian killings this year. “As many as 38 civilians were killed this year as compared to 44 last year,” Singh said.
He, however, said that there has been a slight increase in terrorist recruitment this year as compared to last year. “But 70 per cent of them have either been eliminated or have left terror outfits and returned. As many as 46 terrorists have been arrested and 76 have been killed (among new recruits). Their shelf life is very less,” the DGP said.
He said that there is large scale decrease in the level of infiltrations this year. Due to strong anti-infiltration grid, the infiltration is down, he said.
Singh said that Pakistan is trying to increase the arch of terrorism to Jammu region and foment communal trouble here.
“There were a dozen terrorists active in the Jammu region, the number has reduced to three now. They are in Kishtwar district, we are tracking them,” Singh said.
The police chief further said that despite several attempts by Pakistan, cases of infiltration this year is the lowest in the last three-four years.
“So, they (Pakistan) had to rely on local recruits and they tried to supply weapons, explosive materials and cash to them through drones, but most of these attempts were foiled,” he said.
“The best thing is that the trend of local youths joining terror group is constantly decreasing,” he added.
On law and order front, Dilbag said only 255 stone pelting incidents took place in 2020 as compared to 2009 in 2019 registering decline of 87.3 percent in Kashmir.
He said as many as 3276 police personnel tested positive for COVID-19 and 15 of them passed away. While 1329 police personnel tested positive in Kashmir, 1947 were infected in Jammu region and many police personnel voluntarily donated plasma for the COVID patients.
The UT police chief said a massive drive was initiated against drugs and 1132 cases were registered during the year against drug peddlers and 1672 persons were arrested.
Thirty five drug peddlers were booked under the Public Safety Act (PSA), he said. Large quantity of drugs including 152.18 kg heroin, 563.61 kg charas/ganja and 22230.48 kg opium/poppy/ cannabis derivatives were seized during 2020 in addition to capsules, intoxicating bottles and injections.
Dilbag said there is no reason to dispute the version of an Army Commander that the three militants killed in an encounter in Srinagar’s outskirts had plans to carry out a “big terror strike.
He also said that if there is any truth in the statement of the parents of the slain terrorists, police will act accordingly. “My initial impression of this operation is that the operation has been conducted in the right manner,” Singh said.
“The GoC is a senior officer. I have no reason to dispute what he has said (about the encounter),” Singh said.
The DGP was replying to a question about the “big terror strike” statement of the Army officer in the backdrop of the police saying that the slain militants were not on the “terrorist list”.
Singh also said, “It is not important that every militant is listed with the police. It is after a chain of process, he is listed.”