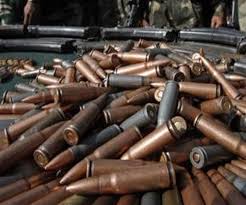 JAMMU: A terrorist hideout was busted on Wednesday in Kishtwar district of Jammu and Kashmir, leading to the recovery of a cache of arms and ammunition, police said.

The hideout was unearthed by a joint search party of the Special Operations Group (SOG) of local police and troops of the 17 Rashtriya Rifles and the 52 battalion of CRPF at Tokranar near Bela nalla in Chicha area, a police official said.