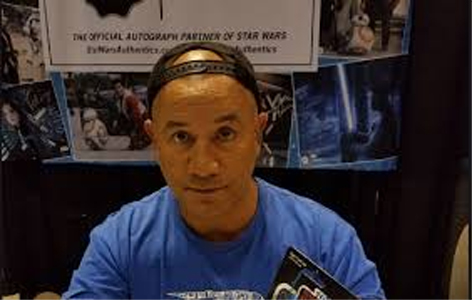 Los Angeles, May 9: Temuera Morrison will be making a return to the “Star Wars” universe as the actor is set to play Boba Fett in the second season of Disney Plus series “The Mandalorian”.
Morrison, 59, had earlier played the role of Jango Fett, the father of Boba Fett, in George Lucas’ 2002 movie “Star Wars: Attack of the Clones”.
Boba Fett is a famed bounty hunter who first appeared on the big screen in 1980’s “Star Wars: The Empire Strikes Back” and later in “Return of the Jedi”.
Jeremy Bulloch had essayed the role in the original films.
According to The Hollywood Reporter, Morrison will have a small role as Boba Fett. The character also had a cameo appearance in the first season of “The Mandalorian”.
The show takes place after the events of “Return of the Jedi”, in which fans saw Boba Fett die in sarlacc pit.
“The Mandalorian” is set after the fall of the Empire and before the emergence of the First Order. The series depicts a lone bounty hunter in the outer reaches of the galaxy far from the authority of the New Republic.
“Narcos” star Pedro Pascal plays the titular character, which also features Carl Weathers, Werner Herzog, Taika Waititi, Gina Carano, Giancarlo Esposito and Nick Nolte.
The show’s second season will premiere in October this year on Disney Plus. (PTI)