The minimum temperature at most places in Kashmir settled above the freezing point, even as the Weatherman has forecast light to moderate snowfall at isolated places in the Union Territory over two days from Sunday, officials said today.
Many areas in the higher reaches of the valley, including the Gulmarg resort, had received snowfall yesterday.
The officials said owing to the cloud cover, the minimum temperature across Kashmir, except Gulmarg and Pahalgam, settled above the freezing point on Thursday night.
Srinagar recorded a low of 2.4 degrees Celsius on Thursday night – slightly down from the previous night’s 2.6 degrees Celsius.
Qazigund, the gateway town to the Valley, recorded a minimum temperature of 1.2 degrees Celsius, while Kokernag recorded a low of minus 1.2 degrees Celsius, the officials said.
The mercury in Kupwara in North Kashmir settled at a low of 2.2 degrees Celsius.
Pahalgam, which serves as the base camp for the annual Amarnath yatra, recorded a low of minus 1.3 degrees Celsius – down from 0.3 degrees Celsius the previous night.
The mercury in Gulmarg settled at a low of minus 5.1 degrees Celsius as compared to the previous night’s minus 3.7 degrees Celsius.
The MeT Office said a spell of greater intensity than Thursday’s is most likely during December 26-28.
“A western disturbance of greater intensity is likely during 26 (evening) to 28 (forenoon). Due to this, light to moderate snowfall (two to three inches) in plains of Kashmir, moderate to heavy over higher reaches of J-K, Zojila-Minamarg axis, and light snowfall at scattered places of Ladakh, especially Kargil-Zanskar area,” the weatherman said. (PTI) 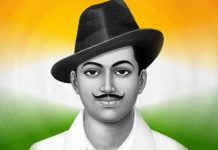 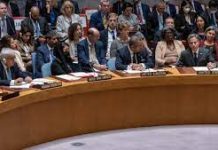 US wants UN Security Council be made more inclusive