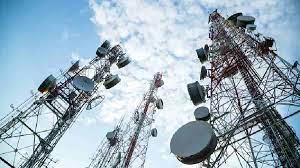 New Delhi, Nov 30: Telecom operators industry body COAI has written to the government to set-up a licensing and regulatory framework to charge a ‘usage fee’ from big internet-based calling and messaging apps like WhatsApp, Signal, Google Duo.
In a letter to Telecom Secretary K Rajaraman last week, the Cellular Operators Association of India Director General SP Kochhar said that charges may be limited based on usage of the network without burdening over-the-top (OTT) players in micro, small and medium enterprise segment.
The Department of Telecom has proposed to define OTT players providing call and messaging service as telecom service providers (TSPs).
COAI said OTT players should pay the TSPs for using the telecom network for providing their OTT services to the customers in a fair and equitable manner by way of an equivalent of ‘Usage Charge’ on the basis of mutual agreement.
“There may be instances wherein the OTT players and the TSPs may not agree mutually on ‘Usage Charge’. If a mutual agreement is not reached, then an appropriate licensing and regulatory framework should be in place which governs the contribution of OTT players towards creation of network infrastructure,” Kochhar said.
He said that the COAI objective is certainly not to discourage the OTT services as indeed they generate massive traffic on the network set-up by the TSPs.
At the same time, these OTTs providers continue to gain massive direct and indirect benefits at the expense of telecom operators.
“Therefore, we believe that these OTTs must reasonably compensate the TSPs for using the network established by the TSPs,” Kochhar said.
He said that The European Commission (EU) is advocating for formalizing due legislation for OTT Players to share the network investment burden of the telecom players in a proportionate manner.
“The EU continues to express concern that there are big tech companies who generate a lot of data traffic but do not invest towards building infrastructure. Governments of France, Italy and Spain sent a joint paper to the Commission in August 2022, requesting for the swift development of a legislative proposal in this regard,” Kochhar said.
COAI said the TSPs will be receiving the revenue from OTTs as part of their telecommunications services rendered which in turn will benefit the Government in terms of higher license fee collection from telecom firms on the back of incremental revenue internet calling and messaging apps.
The letter from COAI to DoT is in addition to the comment of the industry on the Draft Telecommunications Bill, Kochhar said. (PTI)