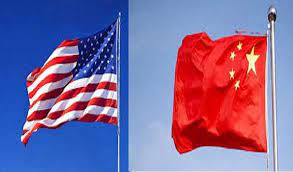 Sydney, Jul 22: The United States has tried to contain China’s rise in a so-called “tech cold war,” which is becoming the decisive battlefield for competition between the two countries, according to an article by Australia’s ABC News recently.

China has invested heavily in artificial intelligence, robotics, 5G and 6G, microchips and surveillance technology in recent years, catching up fast while the United States has long had an edge in tech, the article said.

The United States has been trying to curb China’s development in the tech industry. It has banned Huawei’s 5G network within the country and effectively barred U.S. companies from supplying software and components to Chinese tech companies.

However, analysts warn that such skirmishes will only exacerbate the “digital iron curtain” between the West and China, adding that the world is splitting into two competing, mutually exclusive tech ecosystems, each with its own Internet, hardware, communications and financial platforms.

“A tech war has casualties on both sides and it is going to cost the world dearly,” it said.