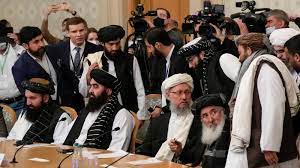 Kabul, Nov 29: In bid to control the freedom of press in Afghanistan, the Taliban-led Government has issued order restricting the media outlets from publishing anything against the interest of the Taliban administration.
The Afghanistan journalists safety committee (AJSC) in its latest report claimed the Taliban authorities in Badakhshan province have announced that no media or news agencies are permitted to publish against the interest of the Taliban administration, The Khaama Press reported.
Muezuddin Ahmadi, provincial Director of Information and Culture, was quoted as saying women are not allowed to appear in public for reporting but they can work in the office.
According to the source, the guideline issued by the Ministry of Promoting Virtue and Prohibiting Vice has also raised concerns amongst the media owners believing that both the financial crisis and further limiting media activities could lead to the closure of more media outlets, The Khaama Press reported.
Earlier, NAI, an organisation supporting media in Afghanistan, said that since the Islamic Emirate rule, over 257 media outlets have ceased operating in the country due to financial challenges as well as restrictions, TOLOnews reported.
Meanwhile, 70 per cent of media workers have become jobless.
In past 100 days, the Taliban has released two lists of principles for the media’s operation, raising concerns over restrictions of media activities in the country.
While the group has repeatedly insisted that they are committed to protect the freedom of expression, Nazifa, a reporter, said “no positive results” have been seen yet.
Abdurraqib Fayaz, another Afghan reporter said, Recently access to information have been limited which has caused problems for reporters. The recent statement of the Ministry of Virtue and Vice has increased the concerns over restrictions of media activities.”
The increase in restrictions on media has raised concerns among the organisations supporting media.
The recent statement, which has eight articles (from the Virtue and Vice ministry) has raised concerns. We hope the issue is resolved in consultation with the media, said Hujatullah Mujadedi, head of the Afghanistan Independent Journalists’ Association.
We urge that the Law on Access to Information, and Media Law, which are not being used now, be amended based on the current situation and in consultation with the media, said Masroor Lutfi, media officer working with Afghanistan National Journalists’ Union.
The Taliban this week had released a new religious guideline stating that the female journalists will have to wear hijabs as per the group’s interpretation of Islamic law.
According to a report by Voice of America (VoA), the restrictions are part of a new eight-point set of guidelines issued by the Taliban Ministry for the Promotion of Virtue and Prevention of Vice, or moral police, in the latest sign the hardline group is restricting women’s rights.
(UNI) 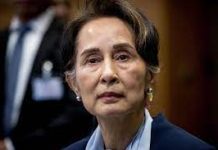 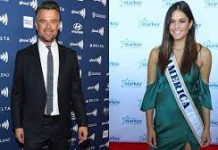 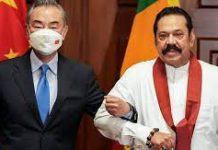