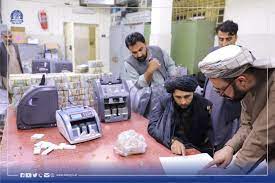 Kabul, Sept 16:The Taliban had handed over about 12.3 million U.S. dollars cash and some gold to Da Afghanistan Bank (DAB), the country’s central bank, a bank statement said Thursday.
The cash and gold bars found from the houses of former administration’s officials and local offices of former government’s intelligence agency have been returned to Da Afghanistan Bank’s treasury, the bank said in a statement.
“The officials of Islamic Emirate of Afghanistan by handing over the assets to national treasury proved their commitment to transparency,” the statement said.
After taking over the capital Kabul on Aug. 15, the Taliban announced the formation of a caretaker government on Sept. 7, appointing several acting ministers and an acting governor to the Afghan central bank.