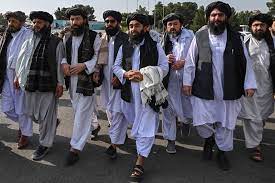 Kabul, July 3: Taliban has forbidden Afghanistan citizens to have any kind of ”relationship” with the Islamic State affiliate ISIS-K as it was a ”false sect”.
CNN quoted the Taliban as saying on Saturday, “We call out to the nation that the seditious phenomenon called ISIS-K is void of today’s age and a false sect that spreads corruption in our Islamic country. It is forbidden to have any kind of help or relationship with them.”
The resolution follows a three-day conference of religious leaders and elders in the capital city, according to Afghanistan’s state-run news agency, Bakthar. The ‘K’ in ISIS-K stands for Khorasan, the name of a ”historical region that covered parts” of modern Afghanistan and Pakisan and it has been active in Afghanistan for the last few years, according to CNN.
According to the Wilson Center, ISIS-K is a branch of ISIS — the IS of Iraq and Syria — a non-partisan policy forum.
(UNI)