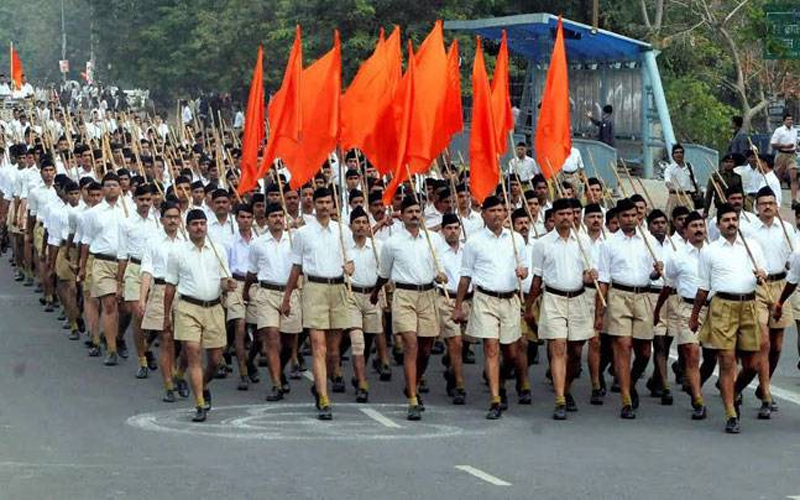 ‘Don’t hurt sentiments of those who differ with you’

KATRA, Nov 27: Stressing on expansion of organizational work and coordination among the different organs of Rashtriya Swayamsewak Sangh (RSS), Dr Krishan Gopal, Seh Sarkariva of Sangh today urged its activists to work for welfare of the society as a whole.
In his concluding address to the two days convention of the RSS here in which the heads of 35 sister organisations of Sangh including senior leaders of BJP participated, he urged the gathering to discharge their duties honestly and selflessly and leave an indelible mark on the society.
“You can’t look for everything to be done by the Government alone and as responsible citizens of this nation you have to share your responsibility for its betterment and development” he said.
“A Sangh activist has to take every one along to make a strong society and nation. A nation can be strong which has disciplined citizens who can withstood all challenges and problems”, he added.
The RSS leader asked the cadre to regard and respect every religion and every section of people. “In case we differ in ideologies with others we have no right to hurt their sentiments”, he added.
Dr Krishan Gopal said that a Sangh activist has to be above monetary benefits and self interest as these things have no place in his life. He further added that the people have lot of expectations from a Sangh activists and he has to come up to these expectations. “A Sangh activist is a role model for the society whom people can emulate”, he added.
Maintaining that building a strong nation and society is the main objective of the Sangh, he said they have to work in different ways for the welfare of the society and nation as a whole.
Dr Krishan Gopal said it is not whether “we are in Government or not we have to discharge our duty for nation building in all circumstances as for a Sangh activist Government is also a means of service to people.”
Stressing on strengthening all the organs of Sangh, he said efforts should be made that more and more people join the organization which will complete its 100 years in 2025. Those new comers in the organization who have capacity and capability be given responsibilities also, he added.
The Kshatriya Pracharak Balbir Ji also addressed the meet and took the feedback of functioning of various organs of Sangh in the UT.
During the conference, the prevailing political situation in the country as well as J&K viz -a -viz response of the administration in the UT of J&K towards the various issues confronting the people were discussed. Some of the Sangh activists brought in the notice of the RSS leader the recent happenings at national level and their impact on society.
The issue of targeted killings and the fear psychosis among minorities in Kashmir including a section of employees was also raised in the conference and it was urged that administration be pursued to respond the demand properly to instill confidence among the minorities in the Valley.
Responding to the issue, Dr Krishan Gopal suggested the participants to take up the issue with Lt Governor and discuss its pros and cons with him.
The activists of RSS and its sister organizations BJP, VHP, ABVP, Sewa Bharti, Sanaskar Bharti, Krida Bharti, Shiksha Samiti, Rashtriya Sevika Samiti, Vigyan Bharti etc attended the two -days long conference.
Union Minister, Dr Jitendra Singh, RSS Prant Pracharak, Rupesh Kumar, Seh Prant Pracharak, Mukesh Ji, BJP UT president, Ravinder Raina, MP, Jugal Kishore Sharma ,former Deputy CMs, Dr Nirmal Singh and Kavinder Gupta, Party general secretary (Org), Ashok Koul, Dr Gautam Mengi, Rajesh Gupta, former Ministers, Sunil Sharma and Sat Sharma, Avtar Krishan, Ajay Bharti, Dr Kuldeep Raina, Dr Vikrant Sharma etc were present in the conference.