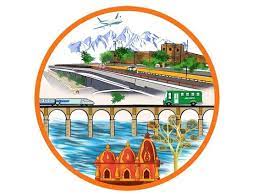 Why finances, funds etc often prove to be Achilles heel for those who get tempted to fiddle with it to the disadvantage and against the interests of the people , the aim being , to call a spade a spade , causing personal gains in the process. While people are having lot many hopes with the ambitious project of “Jammu Smart City” , it is unfortunate and totally unacceptable that funds meant for different associated projects are swindled and spent in a manner procedurally wrong, completely in unauthorised way and on non-transparent and non-productive even least priority oriented ”projects”. The entire modus operandi has fairly been unknotted of how lakhs of Rupees could be manipulated to be ”swindled” on consultancy, how an officer of the rank of a Chief Engineer was transferred from PWD to Fisheries Department against a non-existent post , how a project was vetted without technical sanction , how a consultancy firm was selected bypassing all norms and funds worth lakhs of Rupees released . If such dishonest and unwarranted incidents are not stopped forthwith and sternly , the flagship scheme of Smart City is destined to suffer which cannot be afforded. It is , therefore, imperative that austere concurrent audit / inspection should be made inalienable constituent of Jammu Smart City projects.