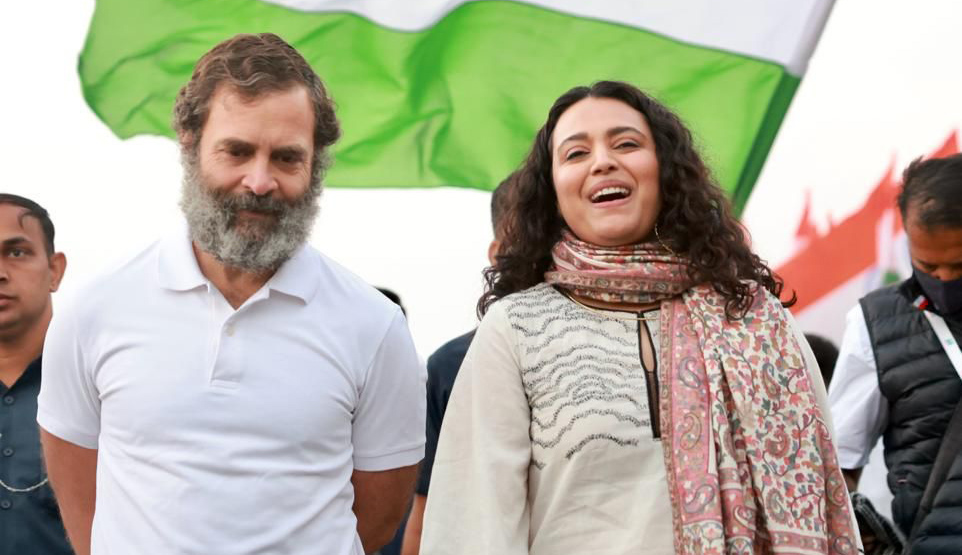 Madhya Pradesh, Dec 1: Ujjain, Actor Swara Bhasker on Thursday took part in the Bharat Jodo Yatra in Madhya Pradesh’s Ujjain with Congress party leader Rahul Gandhi. The official Twitter handle of the Indian National Congress shared a picture of Bhasker with Gandhi.
Bhasker, known for being vocal about her opinions on topical issues, also retweeted the post by the Congress party. 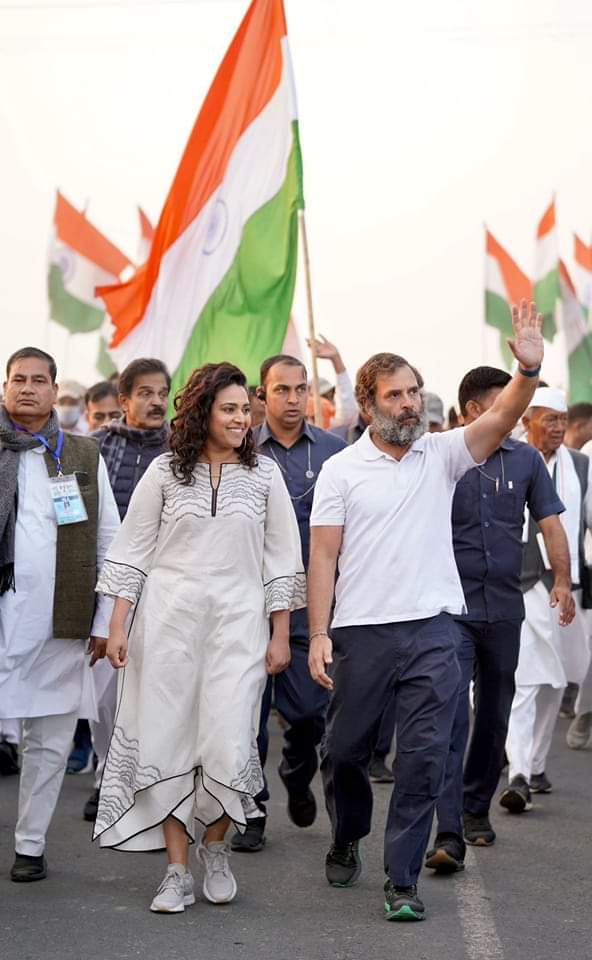 Previously, cinema personalities such as Amol Palekar, Sandhya Gokhale, Pooja Bhatt, Riya Sen, Sushant Singh, Mona Ambegaonkar, Rashmi Desai, and Akanksha Puri took part in the yatra.
Hollywood star John Cusack on Twitter had also extended his support to the foot march, a mass contact programme of the Congress, in late September.
It resumed from Ujjain on Thursday morning after a day’s break and headed for Agar Malwa, the last district of its Madhya Pradesh leg. The yatra is scheduled to cover a distance of 380 km in the politically crucial Malwa-Nimar region of western Madhya Pradesh within 12 days.
The Assembly elections in the Bharatiya Janata Party (BJP)-ruled state are due next year.
From Madhya Pradesh, the yatra will enter Rajasthan on December 4, according to a programme announced by the Congress.
The march led by Gandhi entered Madhya Pradesh’s Burhanpur district from neighbouring Maharashtra on November 23.
It has so far passed through Burhanpur, Khandwa, Khargone and Indore districts of MP.
The Bharat Jodo Yatra began on September 7 from Kanyakumari in Tamil Nadu. (Agencies)