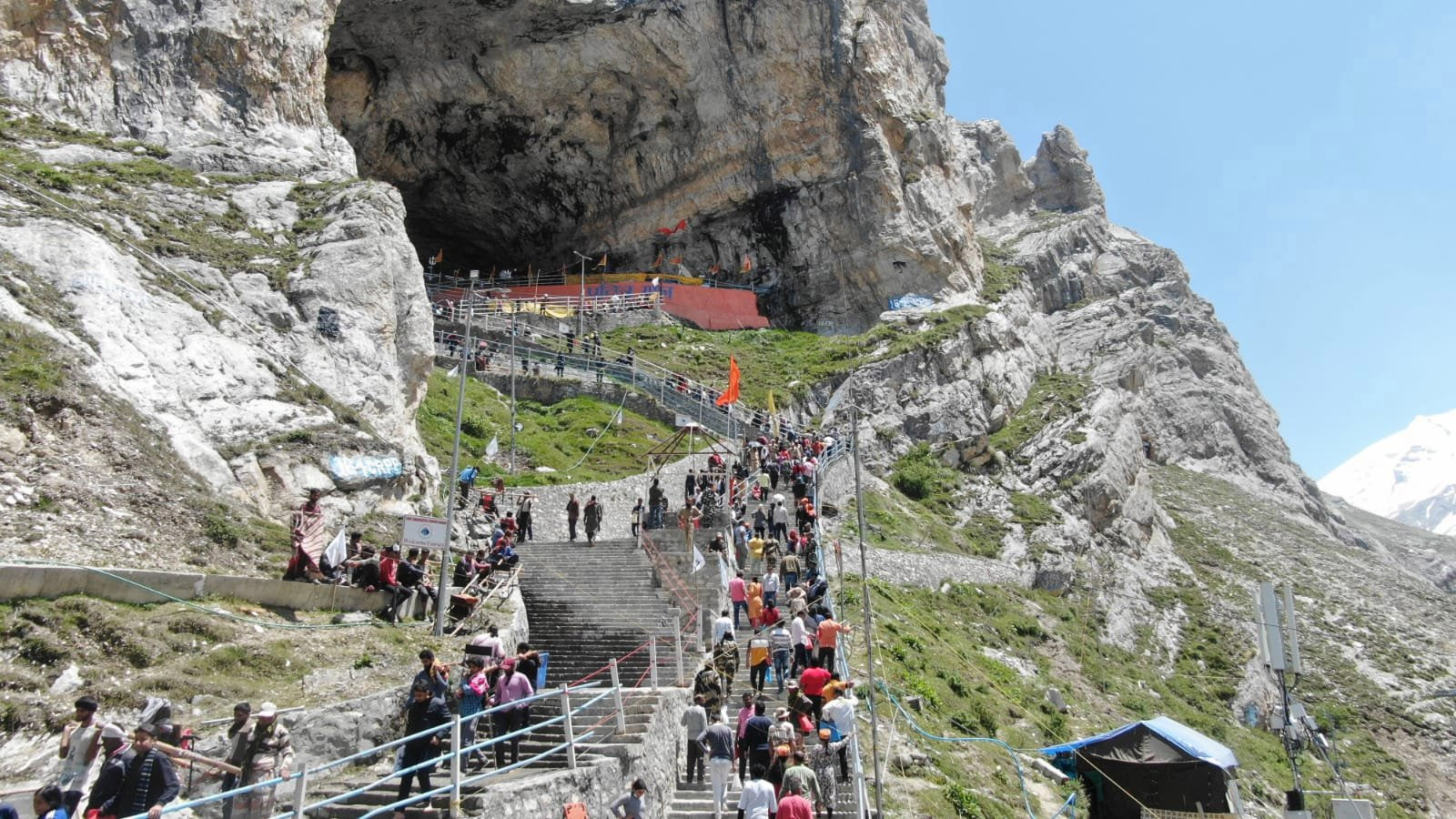 SRINAGAR, July 28: Amarnath yatra has been temporarily suspended from both Pahalgam and Baltal routes due to inclement weather on Thursday, officials said.
They said no yatri was allowed to proceed from traditional Nunwan Pahalgam base camp in south Kashmir today due to inclement weather.
The pilgrims bound to Amarnath cave shrine to pay obeisance were also not allowed to proceed from the halting points of Chandanwari and Panjtarni.
It was still raining at several places on the route and on Wednesday there had been heavy showers on the track, they said.
Keeping in view the weather conditions the authorities decided to suspend the yatra until the weather improves, the official added.
Similarly no pilgrim was allowed to proceed from the shorter Baltal route via Dumail to cave shrine of Amarnath to pay obeisance there on Thursday.
Officials said, it was still raining on the track from Baltal to Amarnath cave shrine. Kashmir weather, an independent weather observatory forecast rain showers can occur along both routes of Amarnath Holy Cave (via Pahalgam, and Sonamarg).
There is a possibility of heavy showers, especially between today late afternoon and night. So far more than 2, 80,000 pilgrims had paid obeisance at the cave shrine till Wednesday evening since the pilgrimage commenced on June 30. (AGENCIES)