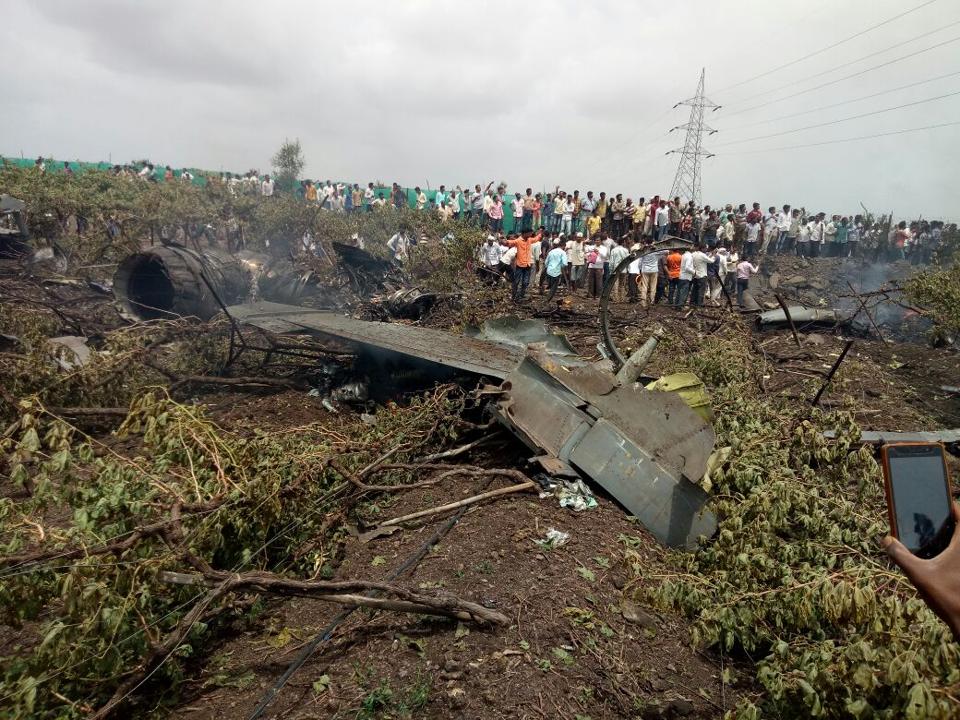 NASHIK: A Sukhoi aircraft awaiting induction in the Indian Air Force crashed near here today, police said.
Both the pilots ejected safely before the plane, which was on a routine sortie, hit ground near a grape farm.
The under-production Sukhoi Su-30MKI twinjet multirole air superiority fighter of Hindustan Aeronautics Limited (HAL) crashed around 25 km from Nashik, shortly after taking off from the HAL airstrip near the city, police said.
A senior official said technical glitch could have led to the crash. A detailed probe will reveal the exact cause, he added.
Some farm labourers working in the field where the aircraft crashed, were injured after being hit by splinters and were admitted to the rural hospital at Pimpalgaon, police said.
The Sukhoi Su-30MKI fighter is meant for all-weather, air-to-air and air-to-surface missions. The first of the Su-30 planes were inducted by the IAF in the late 1990s. Since then, at least half a dozen crashes have taken place, most of them attributed to technical failure.
The IAF plans to upgrade its fleet of SU-30MKI to “Super Sukhois,” which includes fitting the aircraft with new long-range, precision-strike weapons systems, upgraded engines, and more advanced avionics.
Meanwhile, a top official who was involved with the aircraft production, told PTI that the Sukhoi which crashed today, was the first of the batch produced at the Aircraft Manufacturing Division at HAL Nashik this year.
“Normally around 12 aircraft for a new squadron are manufactured and each aircraft, worth over Rs 300 crore, has a manufacturing cycle of around 3 years,” the official said.
“This particular aircraft had completed several flights and was about to be inducted into the IAF,” he said.
Before induction, such aircraft are flown by either HAL pilots or IAF pilots under deputation with HAL, he said.
Asked about villagers seeing three parachutes in the sky after the sky, the official the illusion of the third parachute may be due to the canopy opening first before both the pilots ejected to safety. (AGENCIES)