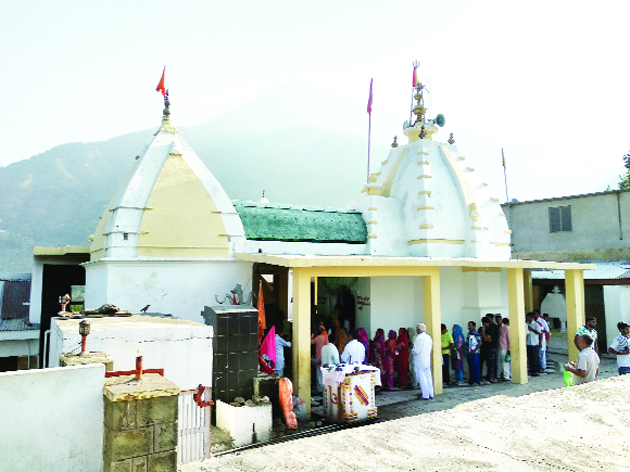 Rajinder Chand Anthal
From ancient times Dev Bhumi Sudhmahadev has remained a prime destination of religious pilgrimage for the devotees of Lord Shiva. Shri Shool Panishwar Shiv Ji Maharaj Temple Sudhmahadev is the epicentre of spiritual attainments connected with the glories of Lord SHIVA. Sudhmahadev is situated at a distance of 112 kilometres from Jammu, well connected by all-weather pacca road. It is the most sacred place on earth where Goddess PARVATI appeared as AVTAR of Holy Devika in the solitary hills of Dhar Shivgarh. It is said that all the Shiv Temples situated on the banks of Holy Devika like Sudhmahadev,