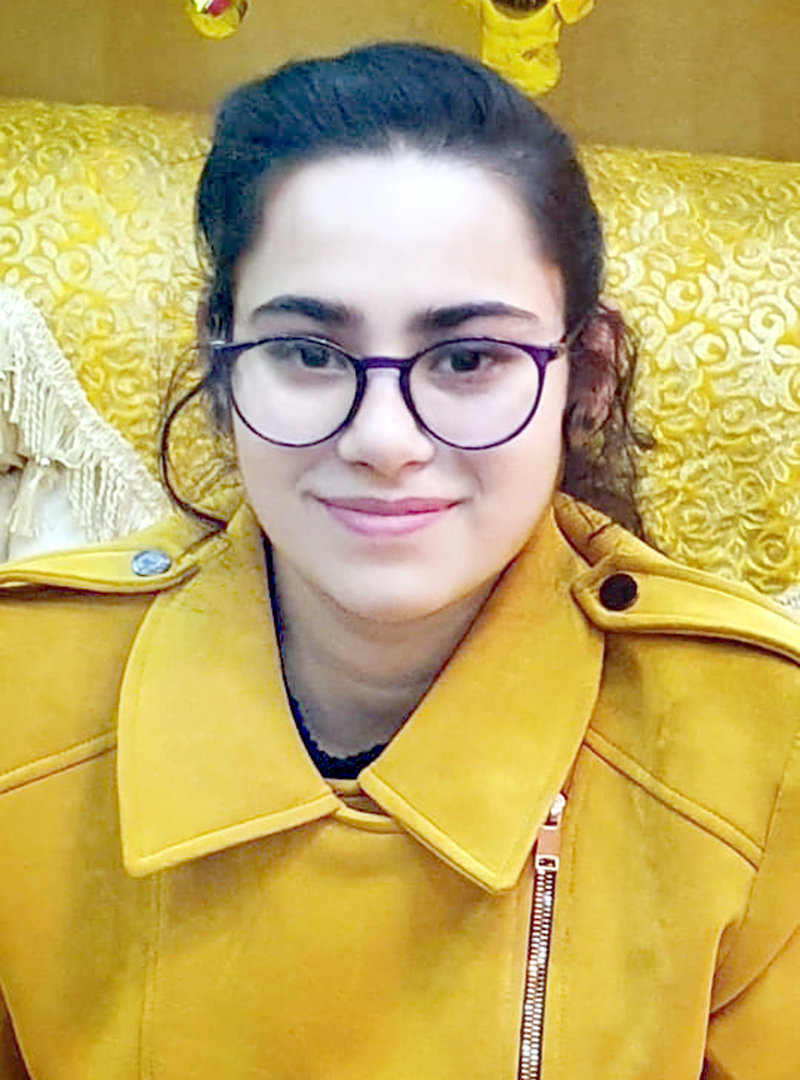 Nishikant Khajuria
JAMMU, Mar 1: Contrary to tall claims of the Central Government and the ruling BJP, students studying in the war torn Ukraine who reached home safely, narrated that no help was extended by the Indian Embassy there except, issuing an advisory to leave the country that too very late.
“We reached home on our personal expenses with no help from Indian Embassy, which only issued an Article to temporary leave the country within three days,” said the two girl students of Udhampur, who were studying in a Medical College at war ravaged Kharkiv city in Ukraine and safely reached home recently.
They further alleged that air fare of Indian Airlines from the capital city Kiev to New Delhi was costlier than other airlines, which forced Indian students to take flight of Qatar Airways and other airlines to reach home.
These two students from Udhampur, namely Aheena Rajput, daughter of Arjun Singh and Stuti Kashyap, daughter of Sanjay Kumar, returned home safely from Ukraine on February 24 and February 21, respectively.
Both of them are MBBS students of the Medical College B N Karazine in Kharkiv where an Indian student from Karnataka died today in shelling.
Both Stuti and Aheena told Excelsior that thousands of Indian students, including from J&K, were still stranded in the war torn country. Parul Mahajan, daughter of Vijayt Kumar, resident of Sallan Talab area in Udhampur, is one of those still stranded in Ukraine.
“On February 19, Indian Embassy in Ukraine issued an Article advising we people to temporary leave the country within three days because of the emerging crisis that led to war,” informed Stuti.
However, she added, no other help was provided to them while the advisory was also issued too late whereas the other countries had asked their nationals to leave Ukraine more than a week earlier.
Stuti further alleged that notwithstanding the unprecedented crisis the stranded Indians were facing in Ukraine, the Indian Airlines was charging more airfare than normal flights. “Airfare of the Indian Airlines was 60 to 70 thousands rupees whereas Qatar Airways was charging around 50 thousands rupees and I preferred the latter,” she added.
Stuti travelled by train from Kharkiv to the capital city Kiev from where Qatar Airways flew her to New Delhi via Qatar Airways.
Almost similar account was narrated by Aheena Rajput of Phangial, who also reached home on personal expenditures.
“No help was extended by the Indian Embassy except asking us to leave Ukraine and I managed everything from my pocket,” she told the Excelsior, adding that around 5000 Indian students were still stranded in Kharkiv where they have taken shelter in metro stations and bunkers.
Aheena further informed that some Indian students, including three from J&K were in touch with her and they were anxiously waiting for help to safely return home.
On the other hand, the New Delhi and more particularly the ruling Bhartiya Janta Party are claiming that all possible help was being extended by the Government of India through its Embassy in Ukraine to ensure safe return of stranded Indian people in the war ravaged country.
Meanwhile, on the direction of Deputy Commissioner, Udhampur Indu Kanwal Chib, Tehsildar Udhampur Amit Verma today visited the residence of both these students as well as of Parul Mahajan of Sallan Talab Udhampur, who is still stranded in Ukraine.
The visiting officer met with Parul’s father Vijay Kumar and said that the Government was making all our efforts for safe return of the Indians in Ukraine. The visiting officer also assured the families of all possible support from district administration.