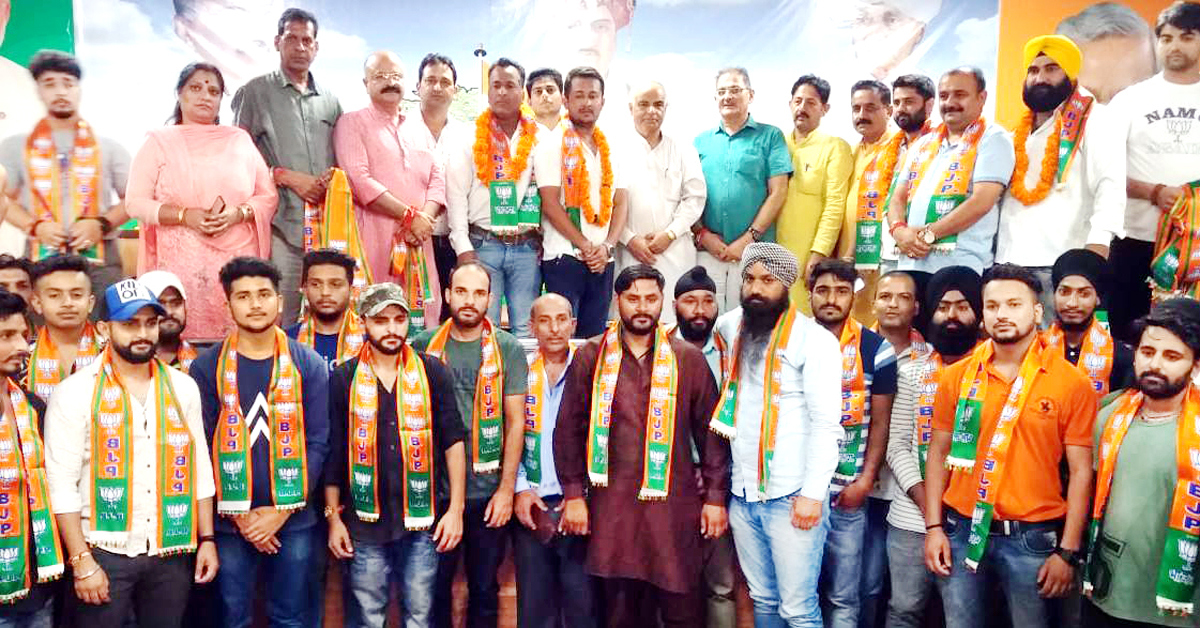 Gorkha, Sewa Dal leaders join BJP
Excelsior Correspondent
JAMMU, Aug 19: Former Deputy Chief Minister and senior BJP leader, Kavinder Gupta, today said that due to the public friendly decisions taken by Prime Minister, Narendra Modi, people are coming forward in increasing numbers to join the party and strengthen hands of Prime Minister, Narendra Modi.
He was addressing a party programme at BJP Headquarters, Trikuta Nagar near here in connection with joining of people from Gorkha Samaj and Congress Sewa Dal in the party.
He said that all the communities including Gorkha Samaaj will be benefitted by the abrogation of Article 370 which is a historical decision of Narendra Modi Government. He said that our State has suffered since long due to the Article, but now Modi Government has given rights to everybody by eroding out the Article.
BJP State general secretary (Org) Ashok Kaul, in his address said that party has always acted as a family that respects everybody and cares for everyone in the society. He said that organization has always kept its arms open for those who want to serve the nation and the society. The party has full confidence that services rendered by the new entrants will help the society and extend the base of party.
Yudhvir Sethi, in his address, said that BJP has always championed the cause of people at all stages. He said that we are proud today, that whenever anywhere, there is talk of patriotism, BJP’s name comes 1st. He said that this joining comes at a time, when the whole nation is celebrating the abrogation of Article 370 and particularly the J&K region has a wave of happiness all over as it gives new ray of hope for equal rights and development for all.
Rajeev Charak, in his address, praised the community’s members for their decision of joining the true PAN India party and said that the Gorkha community has long history of bravery along with Dogra Army and workmanship attached to them since Maharaja’s time. He said that their long struggle has come to an end now and the empowered community members will serve the society and the Nation with more vigour.
Baldev Singh Billwaria, district president BJP welcomed new entrants and assured them that they will receive full support in carrying out the upliftment work for the community and the society as a whole.
Large number of prominent persons from Gorkha Samaj and Congress Sewa Dal, joined BJP on the occasion.
Others present included MLC Ch. Vikram Randhawa, BJP State Executive member, Anuradha Charak, district general secretary, Vinay Kumar Gupta, Mahila Morcha district president, Rekha Mahajan and other senior leaders were also present on the occasion.
Mandal President Ankush Gupta conducted the stage proceedings.

Emergency landing strip in Bijbehara to be completed in 15 months: DC

Pathania for declaring Chhallan to Udh, Battal to Samba as national highways