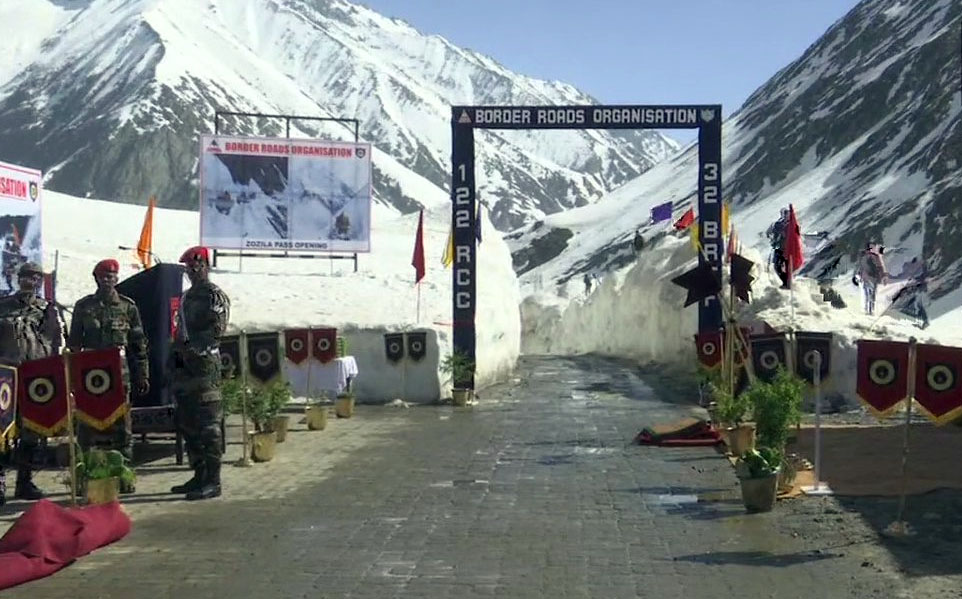 SRINAGAR: One-way traffic was on Sunday allowed to ply on 434-km-long Srinagar-Leh national highway, connecting Ladakh region with Kashmir valley, after remaining closed for five months due to accumulation of several feet of snow.

The reopening of the strategic highway was delayed by about two days due to fresh snow avalanches at over 10 places on Friday.

“The road was thrown open by General Officer Commanding (GOC) of the Srinagar-based 15 Corps Lt General J S Dhillon in an inaugural function held at zero point Zojila on Sunday, when he flagging off a convoy,” a traffic police official said.

Superintendent of Police (SP) Rural Muzaffar Ahmad Shah on Friday said that there were about ten to 12 fresh snow avalanches at different locations on the highway. However, Beacon, responsible for the maintenance of the highway, pressed into services sophisticated machines and put through the highway after clearing the avalanches.

The Srinagar-Leh highway was closed in November last year due to accumulation of eight to ten feet of snow, particularly between Sonamarg-Zojila and Meenmarg.
(AGENCIES)