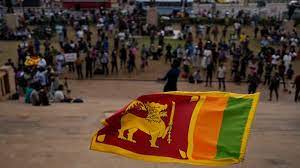 Colombo, Sept 6: Sri Lanka’s Supreme Court has cleared the bill seeking the 22nd amendment to the Constitution, ruling that it can be adopted with a two-thirds majority in Parliament and some clauses requiring a nationwide referendum, the Speaker said on Tuesday.
The draft bill on the 22nd Amendment, aimed at empowering Parliament over the executive president, was approved by the country’s Cabinet and gazetted last month. The 22nd Amendment was originally named 21A and meant to replace the 20A.
The amendment was formulated amid the ongoing economic turmoil in the country which also caused a political crisis. It is meant to replace the 20A that had given unfettered powers to ex-President Gotabaya Rajapaksa after abolishing the 19th Amendment.
Speaker of Parliament Mahinda Yapa Abeywardene said the 22nd amendment to the Constitution can only be adopted with a two-thirds majority in Parliament and a nationwide referendum on clauses 2 and 3 of the bill that are inconsistent with the Constitution.
The apex court recommended changes to help Parliament pass the bill with only a special majority. The bill aims to restore independent commissions and also curbs some of the powers of the president.
Interested parties were given time to petition the Supreme Court. The court determination was received by Parliament on Tuesday. There were 10 such petitions filed.
The 22A was meant to undo the 20A adopted in 2020 which restored full executive powers to then-President Gotabaya Rajapaksa. Rajapaksa had reversed through 20A the features of the 19A which had empowered Parliament over the presidency.
Rajapaksa was ousted in mid-July through the popular uprising against him for mishandling the country’s economy.
Foreign minister Ali Sabry said on Monday that the 22A would be presented in Parliament very soon for approval.
Several features, including curbing the Sri Lankan President’s power to sack the Prime Minister and the Cabinet, have been included in the draft of a constitutional amendment bill that seeks to reduce the concentration of power in one person, justice minister Wijeyedasa Rajapakshe said last month.
He said that the text of the draft of the 22nd Amendment to the Constitution was changed after the ouster of former president Rajapaksa.
“The former president wanted to retain the power to sack the prime minister and the cabinet as he wished. Since his departure we have changed that so the president can’t remove the Prime Minister and the Cabinet,” Rajapakshe had said.
His comments came as he submitted to Parliament the constitutional amendment bill to clip the powers of the president, a key demand of protesters calling for political reforms and solutions to the country’s worst economic crisis.
Rajapaksa fled the country to the Maldives after an uprising against him on July 9 and four days later he resigned after reaching Singapore.
Under the 20A, the Constitutional Council was converted to a parliamentary council just to rubber stamp presidential powers. The 22A would also have anti-corruption features, a key demand of the protesters.
The bill must be approved by two-thirds of Sri Lanka’s 225-member Parliament to become law.
If passed into law, the amendments would reinstate reforms made in 2015. Rajapaksa reversed those reforms and concentrated power on himself after being elected to office in 2019.
Sri Lanka is facing the worst economic crisis since independence in 1948 which has led to an acute shortage of essential items like food, medicine, cooking gas and fuel across the country.
The street protests had been triggered across the country over the poor handling of the economic crisis and the lack of accountability to it. (PTI)