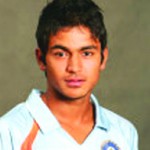 Born on September 10, 1989 in Nainital, Uttarakhand, Manish Krishnanand Pandey, is an Indian cricketer. He is primarily a right-handed middle order batsman representing Kolkata Knight Riders in the IPL. He had opened the innings for his former team, the Royal Challengers Bangalore in the IPL. After playing 2 years for the Royal Challengers, he opted to play for Pune Warriors India from 2011. He represents Karnataka in first-class cricket. He is managed by Games Unlimited.
Pandey started playing cricket when he was in the third grade. He did his schooling in Kendria Vidyalaya ASC center. His coach was Mr.Satish who trained him from childhood till he joined KSCA. His coach is a former coach of Karnataka, Haryana and Odisha. Manish was a member of the victorious Indian team that played in the 2008 Under-19 World Cup held in Malaysia. He was selected for the Mumbai Indians’ squad in the 2008 season of the Indian Premier League. He is also the first Indian to score a century in the IPL. He was picked up by the Kolkata Knight Riders in the Indian Premier League 2014. He was the man of match in the finals of IPL-7 (2014) with a match winning innings of 94 for Kolkata Knight Riders against Kings XI Punjab.
The skill of this talented cricketer was recognized by the cricket experts way back in the year 2009, when he struck an awesome century against the formidable Deccan Chargers in the IPL match. 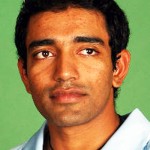 Questions of this week:
1. Name the J&K batsman who scored century in the Under-14 boys’ cricket match against Himachal Pradesh at Chandigarh, recently?
2. For which team Manoj Tiwari played in IPL-7?
3. Who is the coach of Gautam Gambhir?
4. Name the wrestler who bagged Kyari Kesari Dangal Title recently?
5. Who is Sameer Khajuria?
Answers of the last week:
1. Sahil Lotra 2. RCB 3. Her Father 4. Benia Min of JKP 5. J&K’s former Ranji Trophy cricketer.
The best entry of this week was received from Rajeev Sanmotra, New Plots, Jammu.
The other entries of the week were from from Sanjay Dhar, R/o Lane No-1, H-No 3, Upper Laxmi Nagar, Sarwal, Jammu, Nipun Verma, Krishna Nagar, Jammu; Rajesh Kumar, New Plots, Jammu: Vinod Koul from Durga Nagar, Jammu; Vishal Parihar from Kishtwar and Sudhir Sharma from Gandhi Nagar, Jammu.