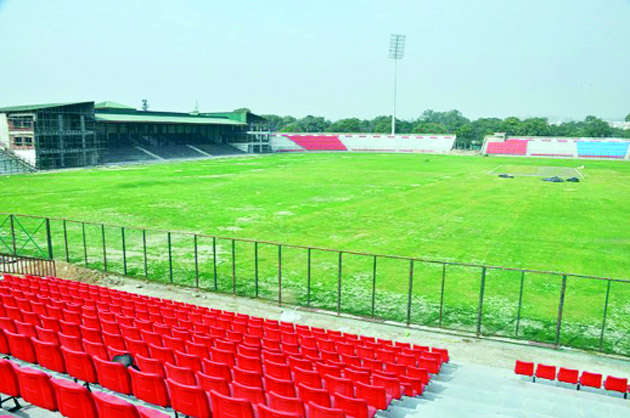 Ashok Kumar
The assurance by Manoj Sinha, Lt. Governor about unveiling of much awaited sports policy for the union territory of Jammu and Kashmir is a matter to be widely acknowledged and appreciated and is a blusterous declaration for the public in general, sports fraternity, sports enthusiasts and players in particular. The Jammu and Kashmir Sports Council and Department of Youth Services and Sports which are likely to be the main stake holders were not having proper mandate, track in the absence of said policy for governance, acceleration and excellence even after their coming into existence in the year 1966 and 1976 respectively means the sports policy which people expected to be framed and declared by the erstwhile governments so many decades earlier was merely a dead letter and the initiative by the present regime would primarily help converting passion into compassion and blossoming of new opportunities for the beginners, youths and qualified technocrats and so many persons engaged with this vast field one way or the other. It would help:
* Bringing uniformity in the functioning, execution and realizing the goals set by the governing bodies.
* Keep check on defalcation ensuring judicious and purposeful utilization of public money and funds from state exchequer
* Bring transparency efficiency, healthy and sound atmosphere and rich sports culture.
Hopefully the policy which is a manifestation of so many fields of sports which are played in the space water on The Earth and Mountains and allied subjects are going to largely help the officers, administrators, trainers, physical education staff and coaches to act on the mandate, guidelines, bye laws and set goals in a methodical and systematic manner and on the other hand save undue efforts, time, energy and money. The observation and assurance by the Manoj Sinha, Lt. Governor carry a weight because of his fair and square actions. Being inspired by the declaration the sports fraternity and public would definitely thank Manoj Sinha, Lt. Governor, Farooq Khan, Advisor and his team of officers for their enduring and public welfare efforts. I have few suggestions to put forth for the related subject which are as under:
* It would be appreciable if the policy determines all aspects to be people, students and sports persons friendly.
* It would be a quite encouraging and good step if the national and international medallists, participants of world championships, Olympics (In Summer, Winter and Para Games) are considered as valuable assets of J&K UT in the draft policy on sports.
* Development of culture towards sports clubs needs to be prioritized.
* Earmarking of reasonable percentage of profit generated by the corporate houses and industries for the promotion of sports and organisation of tournaments by the recognised associations and clubs.
* To accord priority for identification, acquisition and allotment of Government land to build sports infrastructure at district, state, block and panchayat levels for best possible state of the art facilities and to overcome the traditional system of using playfields for ceremonial functions and conduct of exhibitions, rallies and parade etc. at various level.
* Prioritization of sports disciplines as per the merit, standard and traditions of specific areas.
* To utilize the expert services of the unsung, industrious and genius veterans, administrators, sports science experts, physical educationists and especially those having produced national medallists, international players and Olympians.
* To accord top most priority to the talent scouting, nurturing and grooming the outstanding talent under short, mid and long term strategically designed plan of action.
The cumulative result of the sports policy which is in the pipeline would definitely be a positive and quite effective.
(The writer is a player, physical educationist)