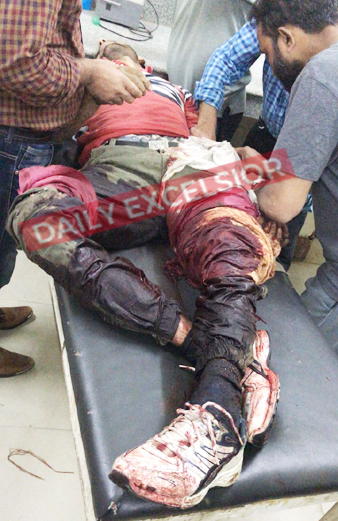 SRINAGAR: Militants tonight shot at and critically injured a special police officer working in the Railway Police in Pulwama district , an official said.

He said the cop received serious bullet injuries in both the legs. Aqib Wagay was immediately shifted to a nearby hospital for medical treatment, he added. (AGENCIES)