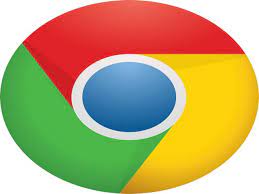 Melbourne, May 2: Journalists the world over face increasing digital surveillance used to hamper press freedom, promote misinformation or discredit their work.
Press freedom, already in decline for 85 percent of the world’s population, is under digital siege.
New digital business models, the development of surveillance technologies, the transparency of internet companies, and large-scale data collection and retention all pose risks to journalists and their sources, according to UNESCO, the UN agency tasked with fostering press freedom.
In some countries new media laws have had the consequence (sometimes intended, other times unintended) of censoring journalists. Journalists also face growing levels of cyber bullying from often anonymous actors serving to discredit them and their independence. They also contend with AI-powered surveillance of their movements and automated attacks on their work.
“The constant evolution, undetectable, and increasing use of malware and spyware against journalists and human rights defenders by state and non-state actors, jeopardises a free and independent press,” says George Awad, National Programme Officer for Communication and Information at UNESCO Beirut.
“Surveillance can also expose information collected by journalists, including from whistleblowers, and violate source protection, a universal basic requirement for media freedom enshrined in United Nations resolutions.”
In 2020, the UN Human Rights Council called on Member States to “refrain from interference with the use of technologies such as encryption and anonymity tools”. Yet in recent years, 57 laws and regulations in 44 countries have been adopted or amended to threaten freedom of expression online.
REALITY CHECK

In the six years to 2021, 455 journalists across the world were killed for doing their jobs. The number declining in most of the world, but it continues to rise in the Asia Pacific region.
Though killings of journalists have decreased over the past five years, imprisonment of journalists around the world has simultaneously increased. In 2021 China continued to be the biggest jailer of journalists, followed by Myanmar.
Online attacks against journalists are rising, and women are disproportionately affected. A 2021 survey of 901 journalists from 125 countries found 73 percent of women journalists had experienced some form of online violence. And 20 percent had been attacked or abused offline in connection with the online violence they had experienced.
A global survey on journalism during the pandemic, identified emerging threats of: government surveillance (7 percent); targeted digital security attacks, including phishing, distributed denial of service (DDoS), or malware (4 percent); or forced data handover (3 percent). One in five respondents reported that their experience of online abuse, harassment, threats or attacks was “much worse than usual” during the pandemic.
Percentage of surveyed female journalists who reported experiencing various forms of violence, separated by medium
BIG IDEAS

Quotes attributable to Cherian George, Professor of Media Studies and Associate Dean for Research, Hong Kong Baptist University
“The digital revolution has helped make media more plural, participatory and protest-friendly. But its contribution to tolerant, diverse publics appears negligible or even negative. This is contrary to hopes two decades ago that the internet would help form a ‘digital public sphere’ far more democratic and inclusive than pre-digital society.”
“The 15 minutes of fame that digital media dishes out to people previously known as the audience does not necessarily add up to a national, let alone global, conversation that cuts across social and ideological divides.”
Quote attributable to Gayathry Venkiteswaran, Assistant Professor at the School of Media, Languages and Cultures at the University of Nottingham Malaysia.
“The dominant narrative is that the media are responsible for spreading misinformation and disinformation, but studies show the main purveyors of false information are politicians.”
Quote attributable to Dina Septiani, Assistant Professor and researcher in the Department of Communication, Faculty of Social and Political Science, Universitas Airlangga, Surabaya, Indonesia.
“??In the past, the mass media could influence the public discussion by pushing a particular agenda, but now algorithms go further, distorting the public perception of the majority view and creating a spiral of silence.” (360info.Org)
(AGENCIES)