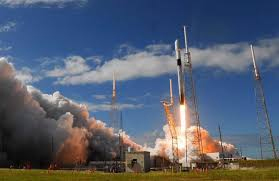 Washington, Feb 16: The SpaceX aerospace company has said it is postponing the launch of a Falcon 9 rocket with 60 Starlink satellites until Monday. “Standing down from tomorrow’s [Sunday] Starlink launch, the team is taking a closer look at a second stage valve component. Now targeting Monday, February 17,” SpaceX said on Twitter. The Starlink network includes more than 200 satellites, with up to 22 launches planned this year to form a constellation of hundreds of satellites, which are intended to create a global broadband internet network. SpaceX successfully launched 60 Starlink satellites into orbit, using a Falcon 9 rocket, at the end of last month, which was the fourth Starlink launch overall. (agencies)