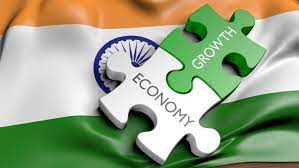 New Delhi, Nov 28: S&P Global Ratings on Monday cut India’s economic growth forecast for current fiscal year to 7 per cent, but said the domestic demand-led economy will be less impacted by the global slowdown.
S&P had in September projected the Indian economy to grow 7.3 per cent in 2022-23 and 6.5 per cent in next fiscal year (2023-24).
“The global slowdown will have less impact on domestic demand-led economies such as India… India’s output will expand 7 per cent in fiscal year 2022-2023 and 6 per cent in next fiscal year,” S&P Global Ratings Asia-Pacific chief economist Louis Kuijs said.
The Indian economy grew 8.5 per cent in 2021. In its quarterly economic update for Asia-Pacific, S&P said in some countries the domestic demand recovery from COVID has further to go and this should support growth next year in India.
It projected inflation to average 6.8 per cent in current fiscal year and RBI’s benchmark interest rate to rise to 6.25 per cent by March 2023. To control price rise, RBI has already hiked interest rate by 1.9 percentage points to a 3-year high of 5.9 per cent.
India’s wholesale and retail inflation fell in October after remaining high for most part of the year mainly due to supply chain disruptions following the outbreak of the Russia-Ukraine war in February.
Retail or CPI inflation fell to a 3-month low of 6.7 per cent, while wholesale or WPI inflation was at a 19-month low of 8.39 per cent last month.
With regard to exchange rate, S&P said foreign reserves have fallen in Asian emerging markets, even after adjusting for valuation changes.
It pegged the exchange rate at Rs 79.50 to a dollar by March-end, as against the current Rs 81.77 to a dollar.
“In India, the decrease in foreign reserves of USD 73 billion through August was far and above losses attributable to valuation changes (of USD 30 billion). This implies that the central bank has made sizable interventions to support the Indian rupee,” it said.
S&P joins a host of agencies which have slashed India’s economic growth projections for current fiscal year citing slowdown in global economy, Russia-Ukraine war, besides rising interest rates and inflation domestically.
While the World Bank has pared its growth estimate for India by 100 basis points to 6.5 per cent, IMF has trimmed it to 6.8 per cent from 7.4 per cent.
Asian Development Bank too has cut projection to 7 per cent from 7.5 per cent earlier. RBI expects economic growth to be at 7 per cent in current fiscal year.
With regard to Asia-Pacific region, S&P said while China’s growth is likely to remain subdued in the coming months, it should pick up in 2023 as the government eases its COVID stance and the property market stabilises.
Lower global growth and higher interest rates should slow other Asia-Pacific economies next year. But S&P generally expects GDP growth to stay healthy, Kuijs said. (PTI)