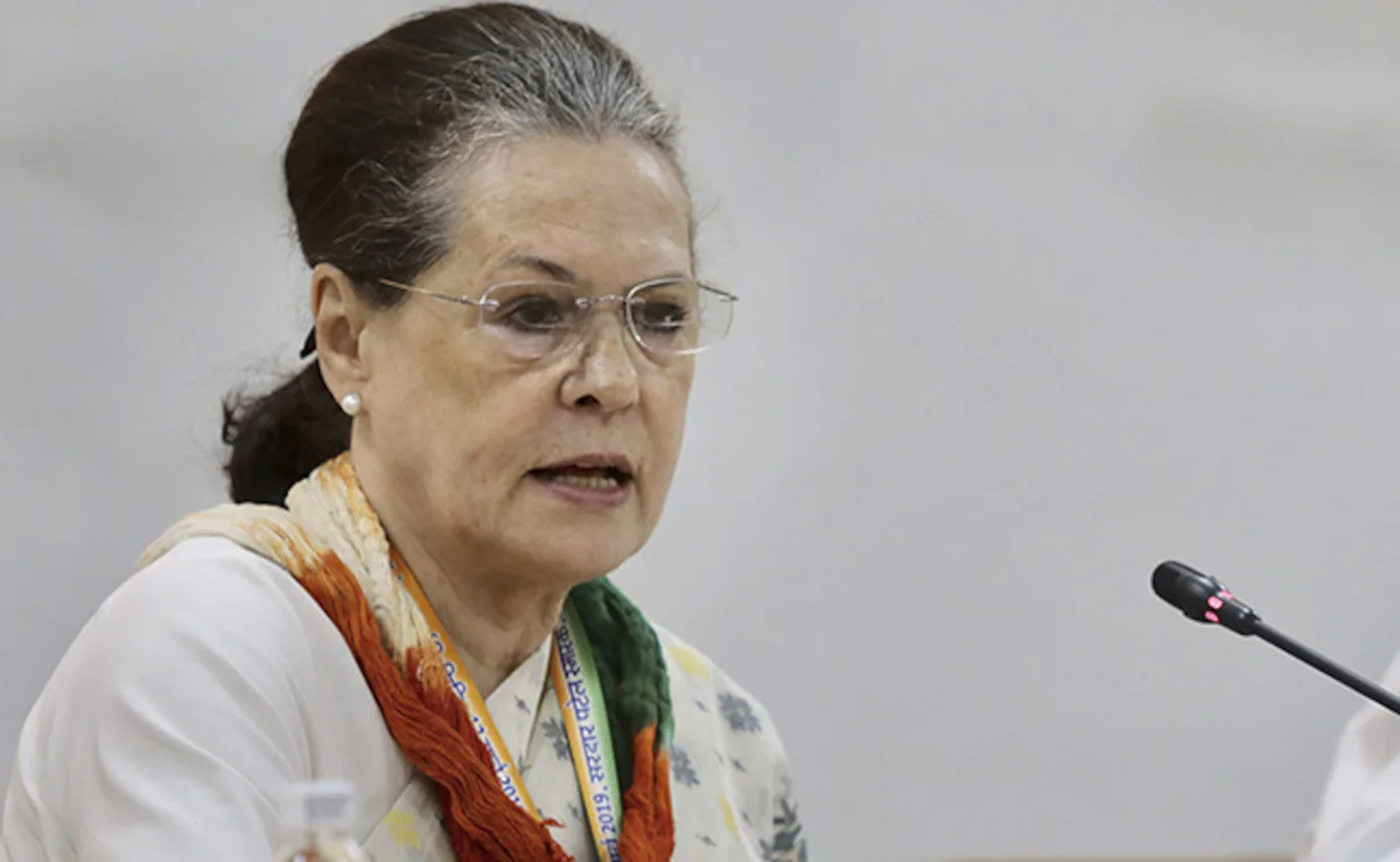 NEW DELHI, Mar 16: Congress president Sonia Gandhi today said global social media companies are being abused to hack India’s democracy and urged the Government to put an end to their “systematic influence and interference” in electoral politics.
Gandhi, speaking during Zero Hour in the Lok Sabha, said global companies such as Facebook and Twitter are being increasingly used “to shape political narratives by leaders, political parties and their proxies”.
She described as an issue of paramount importance “the rising danger of social media being abused to hack our democracy” and added it has repeatedly come to public notice that global social media companies “are not providing a level playing field to all political parties.”
She also referred to a report published in the Al Jazeera and The Reporters’ Collective claiming that Facebook had offered BJP cheaper deals for election advertisements as compared to other political parties.
“These reports show a growing nexus between big Corporations, the ruling establishment and global social media giants like Facebook,” she said.
The Congress chief said young and old minds are being ”filled with hate” through emotionally charged disinformation, and proxy advertising companies like Facebook are profiting from it.
Gandhi said the “blatant manner” in which social harmony is being “disturbed” by Facebook with the “connivance of the ruling establishment is dangerous for our democracy”.
“I urge the Government to put an end to the systematic interference and influence of Facebook and other social media giants in the electoral politics of the world’s largest democracy. This is beyond partisan politics. We need to protect our democracy and social harmony regardless of who is in power,” Gandhi added.
Speaking during Zero Hour, BJP member Nishikant Dubey said the Congress party had tried to suppress freedom of speech by bringing in Section 66A in the Information Technology Act.
“Congress party wants people to forget the history of Kashmir… On what basis Ghulam Mohammad Shah was made the (Jammu & Kashmir) Chief Minister and for what reason there was so much problem in Kashmir. It is still not decided whether Facebook and Twitter are considered as publisher or intermediary. Today when Yasin Malik, who has killed officers of Indian Air Force, is seen with Manmohan Singh in a photo, there is an attempt to suppress it,” Dubey said.
Dubey also urged Lok Sabha Speaker Om Birla to set up a committee to examine and present a white paper on how freedom of expression was curbed during the Congress rule.
Meanwhile, Congress president Sonia Gandhi today announced a list of leaders who will assess the situation in the five States where Congress lost the recent elections and suggest organizational changes.
The leaders appointed by the Congress president will asses the post poll situation, and suggest organisational changes in the states “from MLA candidates to important leaders”, Congress said.
This comes a day after the Congress president asked for the resignation of the state chiefs of Uttar Pradesh, Uttarakhand, Punjab, Goa and Manipur, leaders have been appointed to analyse the situation.
For Uttar Pradesh, former union minister Jitendra Singh has been appointed the in-charge, Ajay Maken, who headed the screening committee for candidates in the Punjab polls, will look after Punjab, and AICC General Secretary for Jharkhand Avinash Pandey will analyse Uttarakhand situation.
For Goa, Rajya Sabha MP and Jammu and Kashmir in-charge Rajani Patil has been made the in-charge and former Union Minister Jairam Ramesh will be in-charge of Manipur. Ramesh was the AICC observer in Manipur polls.
Sonia Gandhi had on Tuesday sought the resignation of State chiefs of all States that went to polls, following which all of them resigned. (Agencies)