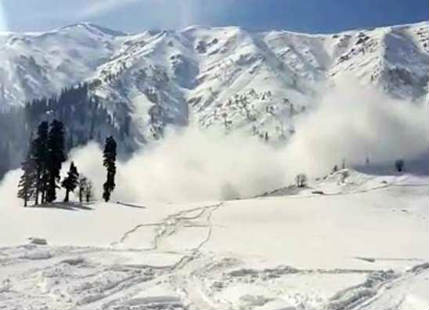 Excelsior Correspondent
POONCH, Jan 3: A soldier was killed and another seriously injured after a snow avalanche hit an Army bunker in higher reaches of Mandi in district Poonch last night.
Official sources said that incident took place late last evening in Sawjian area near the LoC where some jawans of 40 RR had been deployed. While some had miraculous escape, two were buried under the snow. They were rescued by the other soldiers and rushed to nearby Unit hospital.
One of them was declared dead while the other one with serious injuries was referred to Poonch Army hospital. The deceased soldier was identified as Lance Naik Sapan Mehra from Kangra in Himachal Pardesh. Sepoy Harpreet Singh from Punjab with injuries has been referred to Military Hospital at Poonch.