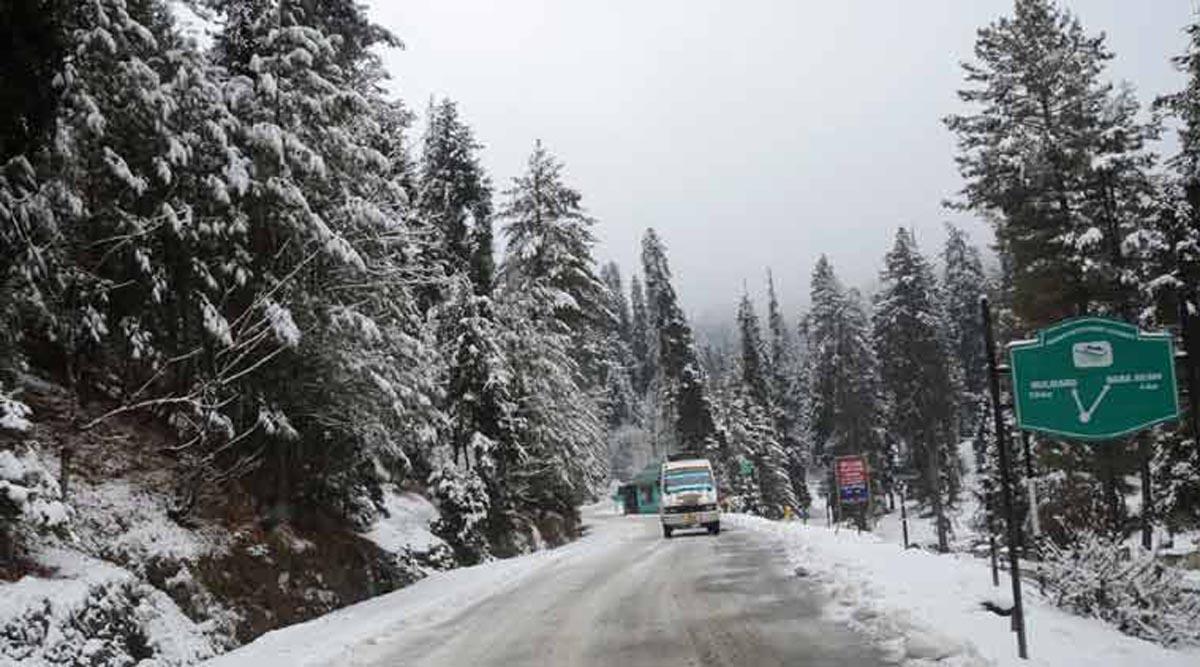 Srinagar, Sept 23: Upper reaches of Kashmir received season’s second snowfall today while Valley had showers in the morning leading to drop in the temperatures.
Minimarg and upper reaches of Zojila had fresh snowfall in Ganderbal district of Central Kashmir, so had Margan top on Simthan road in Anantnag district. The snowfall led to drop in temperatures.
The Valley witnessed rains in the morning. However, Sun came out in the afternoon bringing respite from morning cold.
The slippery road conditions forced the Traffic police to suspend the traffic on Srinagar-Leh highway. However, the traffic was restored later.
The Meteorological department said that there will be significant improvement in the weather from Tuesday in the State.
Director Meteorological department Sonam Lotus said: “It is too early to say regarding having an early winter. We are experiencing continuous rain and snowfall on higher reaches of Ladakh since yesterday and heavy rainfall in most parts of Jammu region and moderate rain and snowfall in south parts of Kashmir region since this morning.”
The present weather is likely to continue for next 24 hours and there will be significant improvement from day after tomorrow in the entire State.