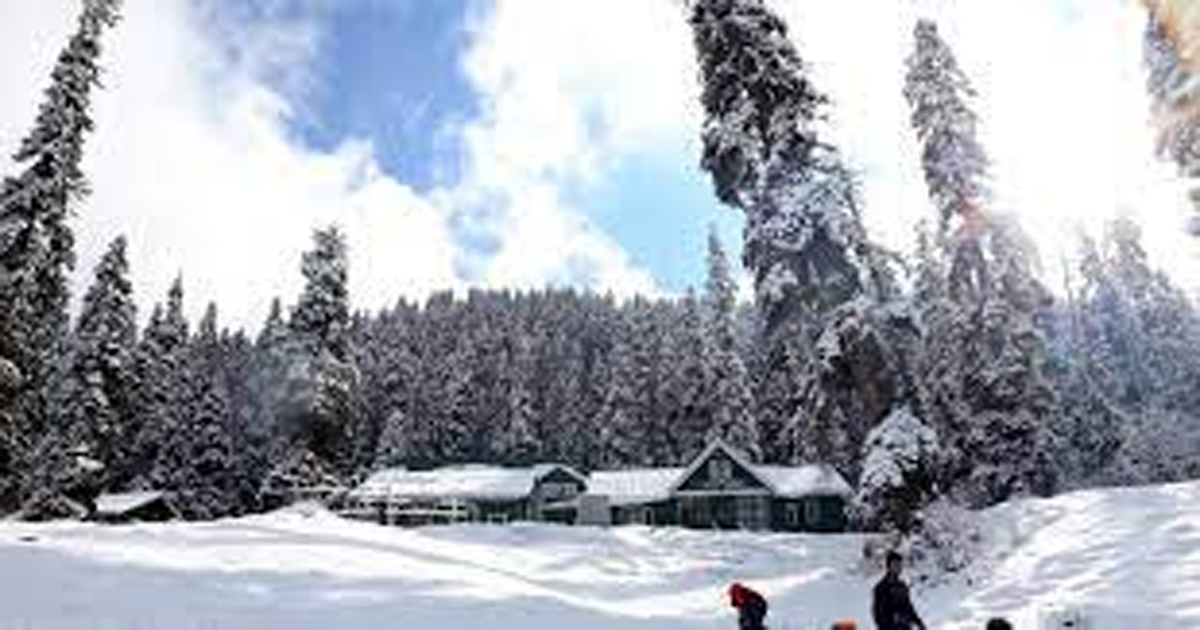 JAMMU, Jan 21: While amidst light rain and frequent disruptions due to shooting stones in Ramban sector movement of heavy vehicles from Kashmir side was cleared for Jammu by late this evening, the light snowfall on the higher reaches across J&K continued even on the second day today.
Light rain in many parts of Jammu and snowfall on the higher reaches was experienced in the region since last night while MeT has predicted bad weather, rain and snowfall across J&K during next two days. Even on January 23 the MeT office has forecast rain at scattered places across J&K.
Reports from Ramban said that there was brief disruption in the smooth movement of vehicles on Jammu-Srinagar National Highway at Mehar, Maroog and Panthyal zones due to shooting stones. But the authorities cleared the road and resumed traffic movement shortly. This was repeated several times during the day but despite risk the movement of vehicles continued.
A Traffic police official said that today movement of up-convoy on Jammu-Srinagar highway was scheduled but in view of the bad weather prediction during next two days by MeT office, the movement of stranded heavy vehicles in Qazigund and Khannabal areas of Kashmir was allowed towards Jammu this evening. The movement of the down convoy was in progress in Ramban sector when the last reports came in tonight.
Meanwhile, foggy weather conditions in Jammu today showed slight improvement with Sun appearing at most of the places during the day. The fog though, affected the smooth movement of train and vehicular traffic during early hours today, but there was not much impact on air-traffic at Jammu airport.
Director Airport Authority, Jammu, SK Garg said that despite fog during morning hours there was not much impact on the flight operation at Jammu airport today and most of the flights landed and took off at almost the right time.
Meanwhile, as the higher reaches of Kashmir experienced fresh snowfall and rains lashed parts of the Valley with the Weatherman forecasting snowfall during the next 24 hours.
The higher reaches of Qazigund, Gulmarg, Pahalgam and Gurez received fresh snowfall this afternoon while rains lashed parts of the Valley.
Amid active western disturbance, the MeT in Kashmir has forecast another widespread snowfall, which may affect surface and air transportation in J&K during the next 24 hours.
A MeT official said that a fresh active WD is most likely to affect J&K and adjoining areas from January 22. “Under the influence of this system, widespread rain/snow is most likely to occur during 22nd and 23rd January. The system will most likely concentrate over Jammu Division, Pir Panjal Range and South Kashmir”, he said.
“Light snow over plains and moderate snow over middle and higher reaches of Kashmir division is expected particularly over Northwestern, Northern and Central parts of Kashmir,” it said.
“Moderate snow over plains of South Kashmir with heavy snow at isolated places over higher reaches of South Kashmir is expected during the above period,” the MeT official said.
Meanwhile, Srinagar recorded 2.8 degrees Celsius against last night’s 2.2 °C while Pahalgam recorded minus 2.4 degrees Celsius against last night’s 0.6 degrees Celsius.
Gulmarg recorded a low of minus 7.5 degrees Celsius while the minimum temperature at Qazigund settled at a low of 1.6 degrees Celsius.
Kashmir is under the 40-day long period of harsh winter cold known locally as the ‘Chillai Kalan’, which started on December 21 and will end on January 31.
In the meantime, the power situation in Kashmir has further worsened with the Kashmir Power Development Corporation Limited announcing further curtailments as one of the transmission tower of Samba-Amargarh line has got damaged due to landslides in Thannamandi area of Rajouri today.
The KPDCL said the damage will result in the additional power curtailments in Kashmir valley for next two weeks.
“Due to landslides at Thannamandi Rajouri, one tower of 400 KV Sambha-Amargarh Transmission Line has toppled, because of land erosion as a result of which power supply to Kashmir valley has got partially affected since intervening night of January 20-21, ” a KPDCL official said.
“We are short of availability of power by 10%, this has resulted in additional curtailments. Restoration works have been taken up in hand by concerned agency and will take about 10-15 days. Consumers are requested to bear with the Corporation and inconvenience caused to general public is regretted,” the official added.
Meanwhile, Jammu recorded a minimum temperature of 10.6 degree C, about 4.5 degree Celsius below normal, Katra town 8.2 degree C about 5 degrees below normal, Bhaderwah town 1.7 deg C while Banihal recorded minimum 1.8 degree C temperature today.
Leh recorded a minimum temperature of -12.0 degree Celsius while Kargil had 14.2 deg C today
The MeT office has said an active Western Disturbance is most likely to cause widespread moderate rain/snow in J&K over two days from tomorrow.
Thereafter, the weather is likely to stay mainly dry till the end of the month and there is no forecast of any major rain/snow till the end of January, it said.