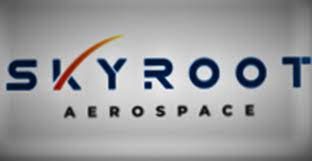 New Delhi, Jan 27: Space technology startup Skyroot Aerospace has raised USD 4.5 million (about Rs 34 crore) in a bridge round to Series B funding led by Google’s founding board member Ram Shriram’s Sherpalo Ventures, the company said on Thursday.
The round also witnessed participation by Wami Capital, existing investors – former Whatsapp chief business officer Neeraj Arora and ex-Google executive Amit Singhal.
Skyroot plans to use the fund to build the infrastructure required to launch space vehicles.
It expects to launch a space vehicle this year.
“We are thrilled to have support from incredible investors, including one of the world’s most influential tech investors Ram Shriram, validating Skyroot’s vision and execution over the past three years,” Skyroot co-founder and CEO Pawan Kumar Chandana said in a statement.
Shriram was one of the first investors in Google.
“India has long been a leader in rocket launch capability, especially at a significantly lower cost. Skyroot takes that technical strength to the next level, with its innovative and cost-effective space launch capability, disrupting the status quo in the global launch market,” Shriram said.
Last year, Skyroot raised USD 11 million in a Series-A round led by Greenko founders with participation from public listed Solar Industries India, WorldQuant Ventures, Graph Ventures etc.
Myntra founder Mukesh Bansal had invested USD 1.5 million in the seed round of the startup in mid-2018 through his incubator Meraki Labs.
Skyroot said that the fresh investment round brings the total capital raised by the startup to around USD 17 million, which is the largest by an Indian Space startup yet.
“This round helps us build critical infrastructure early on and helps accelerate towards our launch this year. 2022 is going to be a big year for us and the entire Indian Space ecosystem,” Skyroot COO and co-founder Naga Bharath said.
The company has signed an agreement with ISRO for sharing facilities and expertise. (PTI)