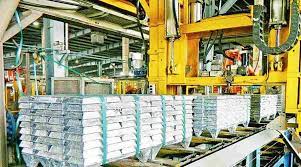 NEW DELHI, Aug 11: As many as six merchant bankers are vying to handle and manage the sale of the government’s 29.53 per cent residual stake in Hindustan Zinc Ltd (HZL), according to an official notice.
ICICI Securities, SBI Capital Markets, HDFC Bank, IIFL Securities, Axis Capital and Citigroup Global Markets will make their presentations via video conferencing before the government officials on Friday, highlighting their plans in managing the offer for sale.
The bankers to manage the sale process would be finalised after the presentation and opening of financial bids on August 12, as per the notice.
The Department of Investment and Public Asset Management (DIPAM) had in early July invited bids from merchant bankers for managing HZL residual stake and set July 28 as the deadline for placing bids.
The selected merchant bankers assist the government on the timing of the divestment, get investor feedback, and hold investor road shows, besides seeking regulatory approvals.
HZL was a Central Public Sector Enterprise (CPSE) under the administrative control of the Mines Ministry and was privatised in 2002.
Currently, Vedanta Ltd holds 64.92 per cent in HZL, while the government holds 29.53 per cent. Only a 5.5 per cent stake is with the public.
The Union Cabinet in May approved the sale of 124.9 crore shares or 29.53 per cent stake the government holds in zinc producer HZL, which was sold to mining mogul Anil Agarwal’s Sterlite Industries in 2002.
The government disinvested 26 per cent of its equity holding in HZL along with a transfer of control to Sterlite Opportunities and Ventures Ltd (SOVL) on March 28, 2002.
Subsequently, as per provisions of the shareholding agreement, the strategic partner exercised its call option and the government transferred 18.92 pet cent to SOVL, which is part of Agarwal’s Vedanta group.
Shares of HZL rose 0.79 per cent to Rs 274.95 on the BSE on Thursday.
At the current market price, the sale of 124.9 crore shares would fetch about Rs 34,000 crore to the exchequer.
The government has budgeted to raise Rs 65,000 crore through CPSE disinvestment in the current fiscal. So far this fiscal, it has realised Rs 24,544 crore. (PTI)