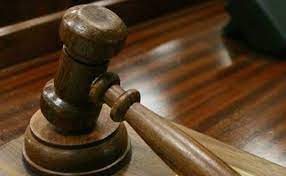 Singapore, May 27: Singapore’s Court of Appeal on Friday acquitted two Indian-origin men who were convicted of drug trafficking last year and one of whom was facing death penalty.
The three-judge court, led by Chief Justice Sundaresh Menon, allowed the appeal of Indian-origin Singaporean Raj Kumar Aiyachami, 40, against his conviction and mandatory death sentence for drug trafficking.
The court also allowed the appeal of Indian-origin Malaysian Ramadass Punnusamy, 41, against his sentence of life imprisonment and 15 strokes of the cane.
The appeals of both men turned solely on whether each of them knew about the nature of the drugs, The Straits Times reported on Friday.
The pair had been charged over a bag of drugs containing not less than 1.875 kg of cannabis.
Central Narcotics Bureau officers had observed Ramadass delivering the bag to Raj on September 21, 2015.
Raj, who was represented by Ramesh Tiwary, did not dispute the drugs were in his possession but contended that there had been a mistaken delivery.
He said he had ordered tobacco laced with a synthetic chemical that mimicked the narcotic effects of cannabis, known as Butterfly, and had gone to pick it up but received a bag of cannabis instead.
Ramadass, a Malaysian, did not dispute he had delivered the bag to Raj but contended that he did not know the nature of the drugs.
He said he had been told that four bags of chemically sprayed tobacco had been placed in the lorry he was driving.
Ramadass, who was represented by Eugene Thuraisingam, contested three statements he had given that appeared to suggest he had knowledge of the nature of the drugs.
The pair were convicted by the High Court in June 2020.
The trial judge did not believe Raj’s account of how he had ordered Butterfly on credit, finding it too incredible. The trial judge also rejected Ramadass’ evidence and said that he had ample opportunity to tailor his evidence to fit Raj’s defence.
Ramadass, who the trial judge found was a courier, was issued a certificate of substantive assistance and was sentenced to life imprisonment and the mandatory minimum of 15 strokes of the cane.
On Friday, the Court of Appeal allowed their appeals and overturned their conviction, as reported by the Singapore broadsheet.
The court said Raj had succeeded in establishing his defence of mistaken delivery, which was supported by the evidence of other witnesses.
The court also concluded that the contested statements could not be relied upon to show that Ramadass had actual knowledge of the drugs. (PTI)