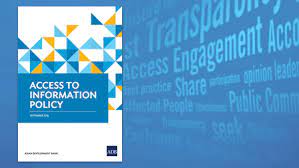 Perth, Sept 28: Despite being a thriving economy, the Singaporean government is still reluctant to enact a freedom of information law.
The Singapore Government has persistently rejected attempts to legislate freedom of information, claiming it serves frivolous and nefarious purposes while affirming the state’s right to amass and control information. This reflexive disdain for Freedom of information (FOI) suggests a fundamental misunderstanding of such legislation, or that the government has some different ideas about building public trust.
In 2012, the then Deputy Prime Minister and Finance Minister, Tharman Shanmugaratnam acknowledged the need for transparency and accountability in government but drew the line at releasing government data in defence and economically sensitive overseas investments. “Trust and transparency are two different parts of a system of accountability,” the minister stressed.
This misguided view would continue to pervade the Singapore Government’s thinking.
The government’s view is that a nation that trusts it would have less demand for transparency. This is fundamentally at odds with what FOI attempts to do, since it is transparency and accountability that form the two parts of a system of trust in a government.
FOI obliges governments to publish necessary information about their policies, project developments, and activities and the public is entitled to request such information. In this way, trust in government is the result of transparency, rather than the precondition for (not) releasing information.
The Singapore Government’s negative portrayals of FOI paint transparency and governmental accountability as being in opposition to good governance. In turn, advocates for FOI are accused of undermining Singapore’s social stability and national interest. The negative associations with FOI mean the government has unfettered control over state information and is the sole arbiter for what it deems appropriate, useful and safe for the public to know.
In 2011, Pritam Singh, a member of the opposition Workers’ Party raised the need for an FOI act, given the public’s increasing reliance on online media and the need for the government to build trust to counter online misinformation. Singh was criticised for suggesting that the government manipulates and controls the mainstream media and the issue of FOI was drowned in the rancour.
In 2020, Singh, who was by then the leader of the opposition, probed the government for data on employment numbers of citizens versus non-citizens. Minister for Trade and Industry, Chan Chun Sing questioned the intent of the question, accusing Singh of trying to drive a discriminatory xenophobic wedge between the people of Singapore. Chan said that as long as the ruling party delivered the jobs needed to keep Singaporeans employed, such data did not matter in public discourse.
This is not to say that the government is secretive about state information. OneMap, for instance, is a multi-agency portal that allows users to obtain geospatial data for a variety of purposes – from parents wishing to find out about nearby schools, to businesses wanting to assess suitable locations.
Such digital systems were set up to fulfil Singapore’s Smart Nation dream of connectivity, integration and inclusivity. They did not, however, account for the rise of the ‘smart citizen’ – citizens with credible and comprehensive knowledge at their disposal who are engaged and participating in public debate.
While the government publishes its financial accounts annually through the Auditor-General to reflect some degree of accountability, such releases are controlled by the government which do not allow for open debate. It also does not include the periodic release of classified state information to ensure the government is accountable for its actions.
Indeed, ready access to information has important consequences for civic participation. In parliament, it allows political parties to craft robust and well-researched policies that contribute to the contest of ideas that bring the country forward. It also provides grounds for civil societies and interest groups to question the government on its policies and use data to propose new ideas and solutions.
For journalists, having access to public information allows them to probe government policies and better translate them, enhancing democratic participation and holding the government to account. The right to information makes the difference between journalism serving as a political watchdog or a government mouthpiece.
On a more idealistic plane, FOI legislation clearly signals that a government is serious about transparency and accountability, is not afraid of public scrutiny, and is willing to engage with all sectors of society on an equal playing field of information and ideas. For this reason, traditional advocates for good governance have placed a high priority on the ability of a government to offer itself for public scrutiny and reduce information asymmetry. FOI allows a government to improve its access to policy ideas and enhance public trust.
In the short term, a monopoly on information is detrimental to the national interest and contradicts the government’s belief that knowledge is critical to Singapore’s survival. In the longer term, it erodes trust in the government. Yet the government’s persistence in painting FOI into the corner of ‘bad policy ideas’ does little to encourage citizens to play a more active civic role. It also fails to encourage a more nuanced view of FOI – that no single legislation is perfect, and people are at liberty to learn and adapt from different societies to create their own. (360info.Org)
(AGENCIES)