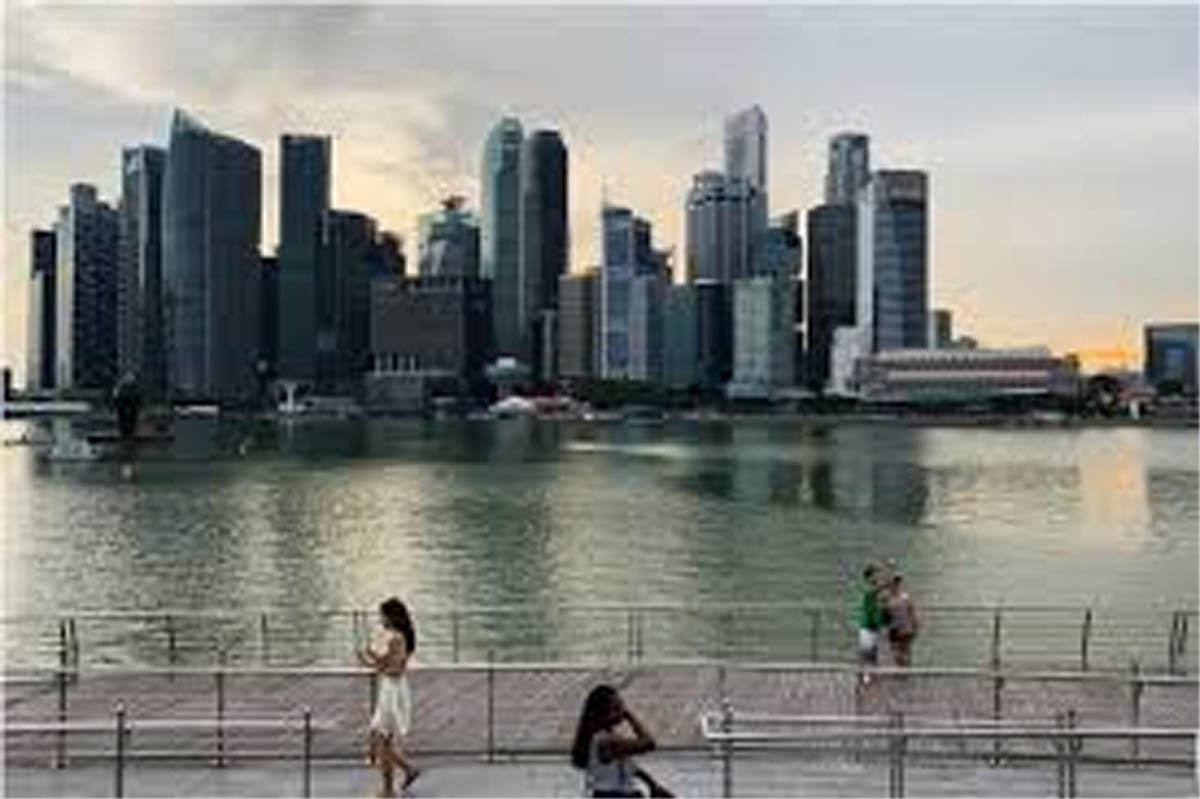 The city-state’s gross domestic product shrank an annualised 3.4 percent, sharply down from 3.8 percent growth in the first three months of the year and well off forecasts of a slight expansion.

On a year-on-year basis, it expanded just 0.1 percent, the trade ministry said, marking the slowest rate since the global the global financial crisis in 2009 and also well short of estimates.

With its heavy dependence on foreign trade, Singapore is often seen as an indicator of the global economy’s health.

The dismal figures were the latest sign trade tensions between Washington and Beijing are having a major impact on export-reliant economies across the world.

And Chua Hak Bin, an economist at Maybank Kim Eng Research in Singapore, added: “Singapore is the canary in the coal mine, being very open and sensitive to trade.” The data “points to the risk of a deepening slowdown for the rest of Asia”, he added.

The key manufacturing sector was hard hit, contracting 3.8 percent year-on-year, compared with a 0.4 percent decline in the previous quarter.

The data added to concerns about a slowdown in the export sector—non-oil domestic exports plunged in May by the most since February 2013, driven by heavy falls in the electronics sector.

Some analysts are now betting Singapore could slip into a technical recession—two straight quarters of economic contraction—in 2020.

There is also a greater chance that the Monetary Authority of Singapore, the central bank, will ease monetary policy in a bid to support the economy, economists say.

For the past year, China and the US have been raising tariffs on each other’s exports in an increasingly bitter trade war that is weighing on the global economy and markets.

There are growing signs of the negative impact across Asia—factory activity in the region has slowed, while data to be released Monday is expected to show China’s economy grew at its slowest rate in nearly three decades in the second quarter. (AGENCIES)