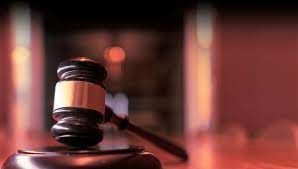 Singapore, Nov 26: The Singapore High Court has dismissed applications moved by three Indian-origin Malaysians and a Singaporean Malay to stop the execution of death penalties awarded to them under stringent anti-drugs laws.
The four – Singaporean Jumaat Mohamed Sayed and Malaysians Lingkesvaran Rajendaren, Datchinamurthy Kataiah and Saminathan Selvaraju – had contended that the two provisions violate the constitutionally protected presumption of innocence. They were not represented by lawyers.
The high court on Friday dismissed their applications for permission to seek a prohibiting order against the carrying out of their death sentences, and a court declaration that the two provisions violated Articles 9 and 12 of the Constitution, according to a report by the Straits Times.
The four convicts were sentenced to death between 2015 and 2018, and their respective appeals against conviction and sentence were dismissed between 2016 and 2020.
In a written judgment, Justice Valerie Thean said the application was filed outside the requisite three-month period since the final court decision in their criminal cases.
Justice Thean added that despite the inmates’ assertion that they seek only to examine the Constitution, the true subject matter of their application was the propriety of their convictions. This amounted to an indirect attack on the earlier decisions in their criminal cases, the report quoted the judge as saying.
She also found no arguable case that the articles of the Constitution had been infringed.
The two provisions in question are statutory presumptions that impose a legal burden of proof on the accused to rebut them, once the facts triggering the presumptions have been proved by the prosecution.
Under section 18(1), a person who is proved to be in possession of certain things containing a controlled drug is presumed to have had that drug in his possession, until he proves the contrary.
Under section 18(2), a person who is proved or presumed to have had a controlled drug in his possession is presumed to have known the nature of that drug, until he proves the contrary.
The four inmates argued that the two provisions violate Article 9 of the Constitution, which provides that no person shall be deprived of his life or personal liberty, except in accordance with the law.
They also argued that the provisions violate Article 12, which guarantees equal treatment under the law.
The attorney-general – the defendant in the case – argued that the two provisions do not detract from the need for the prosecution to prove its case beyond reasonable doubt, and do not contravene the Constitution.
The attorney-general said that while the presumption of innocence is a bedrock principle of the criminal justice system, it is settled law that Parliament may still legislate statutory provisions which shift the burden of proof to the accused in certain circumstances.
Justice Thean said the inmates’ reliance on Article 12 was misplaced, as their case was focused on the right to a fair trial, and not that the provisions were discriminatory.
As for Article 9, she referred to a landmark decision that the presumption of trafficking – if a person is proved to be in possession of more than a specified quantity of drugs – did not violate the Constitution.
“What the Constitution requires is that a person should not be punished for an offence until it has been established to the satisfaction of an independent and unbiased tribunal that he committed an offence, and that there is material before the tribunal that is logically probative of facts sufficient to constitute the offence,” the broadsheet quoted the judge as saying.
Justice Thean said the presumption of innocence is not a mechanistic formula but a guiding principle that is expressed through technical rules. “That the prosecution bears the burden of proving its case beyond reasonable doubt ‘provides concrete substance for the presumption of innocence’.” (PTI)