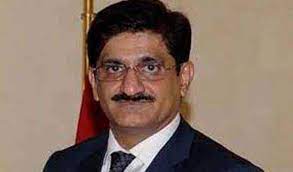 SINDH, Dec 1: Defying Prime Minister Imran Khan-led government’s orders on transfer of Grade-20 officials of Sindh province, Chief Minister Murad Ali Shah has directed 11 senior officers of the Pakistan Administrative Services (PAS) and the Police Service of Pakistan (PSP) cadres not to give up their existing posts in the province till further order.
As part of government’s rotational policy, the Imran Khan-led government had ordered the transfers of Grade-20 officials of Sindh province.
According to a report by Geo TV, the CM had issued these instructions in the notices sent by the Services General Administration, and Coordination (S,GA,&CD) Department on Monday to four senior government servants and seven police officers posted in the province.
In continuation of the department’s letter of even number dated 25.11.2021, on the subject noted above, I am directed to state that the Honourable Chief Minister has directed to instruct you not to relinquish your charge, till further orders. You are directed to make compliance of the above-referred directives of the chief minister,” the letter read.
In November, Shah had informed Imran Khan about his disagreement on Centre’s plan to withdraw 11 officials from the province. He also urged the PM to withdraw Establishment Division’s order.
He had reminded the PM of the mandatory procedure of mutual consultations between the top provincial and federal authorities before taking decisions related to the posting and transfer of senior officers, Geo TV reported.
Imran Khan is yet to respond to CM’s letter.