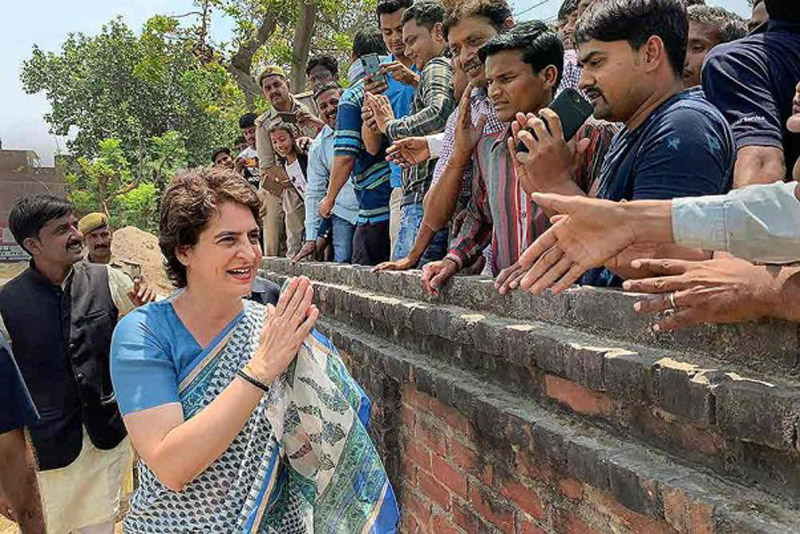 FATEHPUR (UP), Apr 24: Congress leader Priyanka Gandhi Vadra Wednesday asked voters here to help end the politics of “divisiveness and negativity” and teach the BJP a lesson in the Lok Sabha elections.
“Change politics not only of your area or for your needs, but for your future generations and to save the country, as the country is in danger,” she said at an election meeting here.
“Remove the politics of divisiveness and negativity, and usher in politics which speaks about you, your grievances and makes efforts to redress them,” the Congress general secretary said.
“In democracy, there is nothing bigger than the power of the people,” Priyanka Gandhi, who is in charge of eastern UP for her party, said.
Gandhi asked voters not to allow a person who speaks “lies and does not work for you” to succeed.
“The politics of the BJP is no longer the politics at the grass roots level. It has no connection with the people and it is just in the air. Teach them a lesson,” she said. “The reality of their politics is that farmers, youngsters, women and workers feel exploited,” she said, urging people to “wake up”.
“Once you are awake, these people will not be able to destroy the country,” she said.
She accused the BJP of trying to weaken democracy and claimed that people in Uttar Pradesh have told her that they are beaten up for raising their voices.
“I met a woman teacher who had participated in a protest since she was not getting her salary. She was beaten up, sent to jail and even booked under the NSA (National Security Act),” she said. “Imagine the NSA being slapped on a woman teacher only because she was demanding her salary,” she said.
“I met youngsters in Varanasi and they told me that when they protested, they were beaten up,” she said.
“This is democracy. In democracy, when the public protests or demands its rights, those in power should be happy, as the public is saying something,” she added.
But the BJP Government thinks it is doing the people a favour when it does any work for them. “They do not know that it is you who made them,” she said. Fatehpur goes to polls on May 6 in the fifth phase of Lok Sabha polls. (PTI)