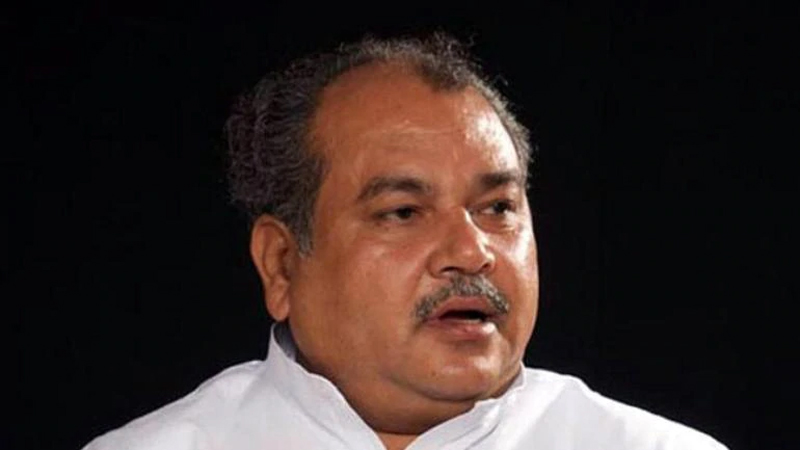 NEW DELHI, Dec 12:
A shortfall in production by over 15.8 lakh tonnes has led to the spike in onion price, Agriculture Minister Narendra Singh Tomar told the Lok Sabha on Thursday, stating that the Union government has taken several measures to deal with the issue.
Replying to a discussion on crop loss and its impact on farmers, Tomar said states had given an estimate of about production of over 69.9 lakh tonnes of onion by November 30 in this season but the actual production is likely to be 53.67 lakh tonnes.
“There is definitely a shortage of onions…The current problem (price rise) is due to this. And this is natural. Our government has taken several measures, including banning its export and allowing import,” he said.
The government is serious in dealing with the issue and has also written to chief ministers of the states over it, he added.
His response to the concerns expressed by opposition members on the issue of onion price rise was interjected by some lighter moments when TMC’s Kalyan Banerjee asked the minister if he ate onions.
Tomar reacted in affirmative to which Banerjee said “you then belong to our group” amid laughter in the House.
During a discussion in the House earlier, Finance Minister Nirmala Sitharaman had said she came from a family where onion and garlic are not consumed.
Though her retort was in response to a barb from an opposition member, her response had triggered some sarcastic and critical response from opposition members later.
Speaking on other farmer-related issues, Tomar said the government is working to make the ‘Pradhan Mantri Fasal Bima Yojna’ more beneficial for farmers. He, however, asserted that its outcome has been “very satisfactory” and added that over 80 per cent claims made under the scheme have been accepted.
Tomar also spoke about climate change and its impact on the agriculture sector.
The government through various schemes and research is tackling it, he added.
Over 40.2 million farmers are getting real time information about weather through mobile text messages, the minister said, adding that many varieties of crops have been introduced as they are seen to be better adapted to changing weather pattern.
Earlier, Adhir Ranjan Chowdhury of the Congress attacked the government, alleging it works for traders, not farmers.
He claimed that poverty has doubled under the BJP-led NDA government.
India’s economy will not change unless the situation of farmers does, Chowdhury said. (PTI)