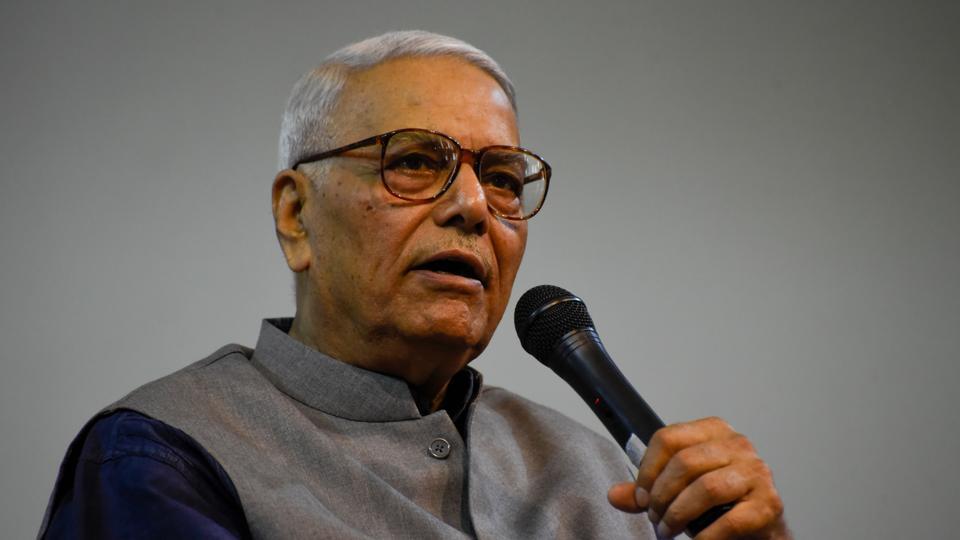 PATNA: Former Union finance minister Yashwant Sinha on Saturday alleged that the Centre is resorting to “profiteering” by increasing fuel prices on a daily basis.

On one hand, the Centre announced a Rs 20-lakh crore package to uplift the economy, while on the other, it “robbed” people who travel by motorbikes, scooters and other vehicles, he said.

While diesel rates were hiked for the 21st straight day on Saturday, petrol prices have been increased on 20 occasions in three weeks.

“There are occasions when the price hike in petrol and diesel (prices) becomes imperative. But I can tell you on the basis of my experience that it is nothing but sheer profiteering in today’s circumstances,” Sinha said at a press conference here.

“It is unfortunate and saddening to know that the government is resorting to profiteering,” he said.

Sinha said it is well known that “crude oil price is soft in the international market”.

On Saturday, the price of petrol was hiked by 25 paise per litre and diesel by 21 paise per litre, taking the cumulative increase in rates in three weeks to Rs 9.12 and Rs 11.01, respectively.

On June 7, oil companies had restarted revising prices in line with costs after ending an 82-day hiatus during which they adjusted steep excise duty hikes by the government against the fall in benchmark international oil rates. (AGENCIES)