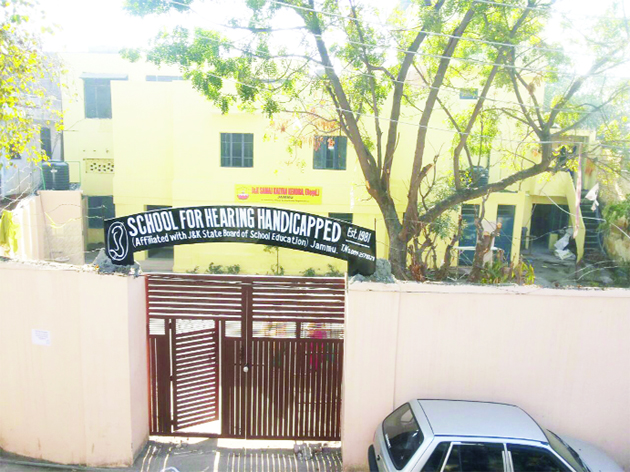 O P Sharma
A premier institution exclusively devoted to the well-being of the Divyangs is playing a pivotal role in imparting education to enable them to stand on their own with dignity. The attempt is to empower them through formal and vocational education as also training and rehabilitation.
In the context of the acute problem of physically challenged children, a novel idea struck Dr. R.R.Khajuria, a philanthropist, social activist and veterinarian who retired as MD, Jammu in Milk Supply Scheme to help these special children. He created a NGO by the name of J&K Samaj Kalyan Kendra (SKK) and launched an institution for imparting free education and skill training to gainfully rehabilitate these Differently Abled young boys and girls. It was his initiative supported by a team of dedicated social activists that much needed school exclusively for deaf and dumb students was launched. Starting from a rented two-room accommodation of Dharmarth Trust at Surajaya-di-Dakhi on May 22, 1980 it has grown in size and structure and is now located in a custodian’s building near Shaheedi Chowk. In stages, the school has been upgraded to Secondary School level since 1995 and Higher Secondary classes were started from session 2012-13.
First of its kind, it attracted the then First Lady Mrs.Mekhla Jha who became its patron. Begum Sheikh Abdullah came to open this school with only ten students.
Unique Institution

Internatonal Day of
Persons with Disability