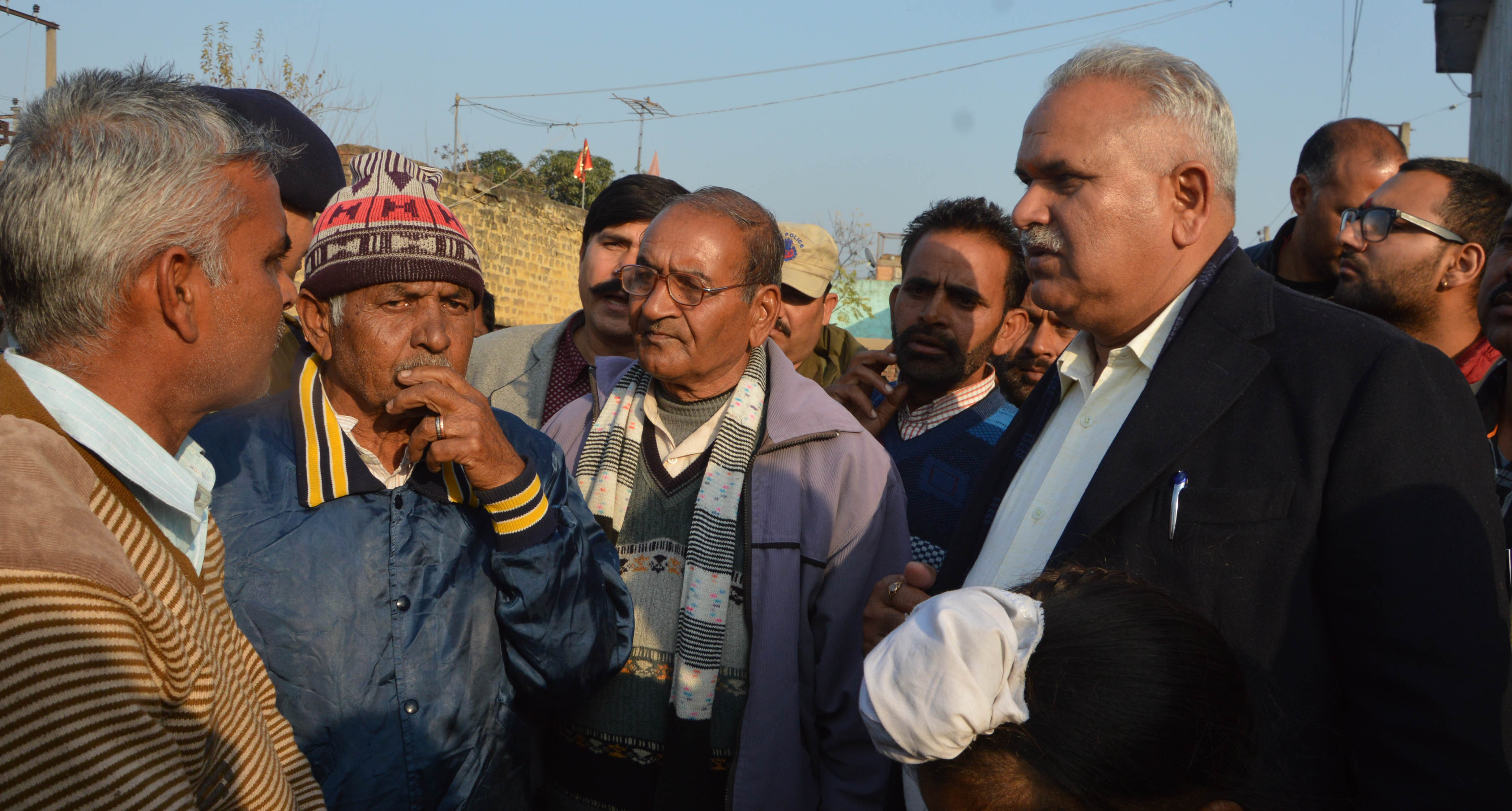 JAMMU:  Minister for PHE, Irrigation and Flood Control Sham Lal Choudhary today conducted an extensive tour of Suchetgarh and R S Pura Constituencies  to take stock of damages caused to life, property and livestock due to cross border firing in these sectors.

The Minister said that ambulance service at different locations have been kept to meet any exigency. The vehicular service is also available to ferry the locals to safer places, he added.

Sham Choudhary said that the concerned have been asked to take immediate steps for the treatment of injured animals and lifting of dead animals.

Cautioning the people to avoid free movement in the area, the Minister said that police and civil administration is always at their service . He asked them to bring to the notice of local police if they find any   live shell in their respective area to avert loss to lives.