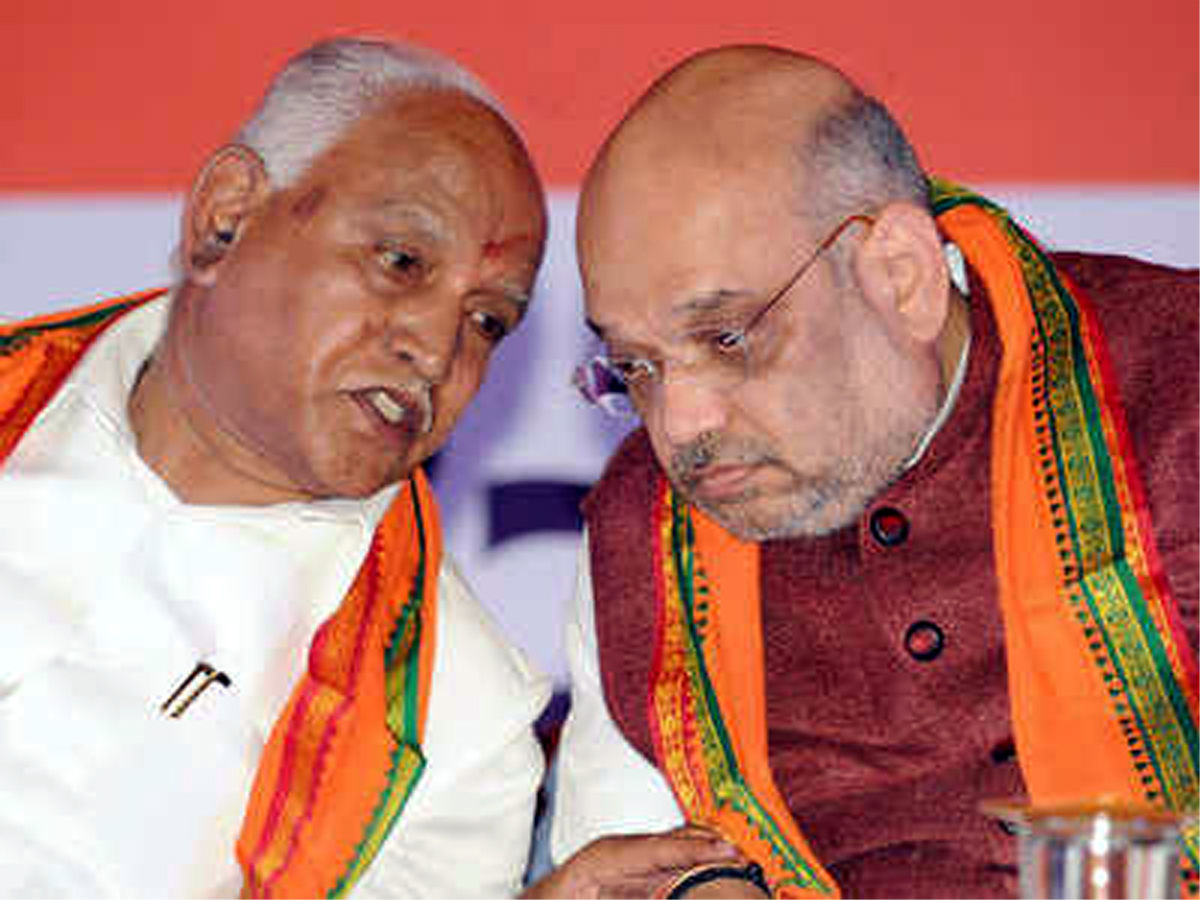 54,735 new cases, tally crosses 1.7 mn
NEW DELHI, Aug 2:Union Home Minister Amit Shah, Karnataka Chief Minister B S Yediyurappa and Tamil Nadu Governor Banwarilal Purohit have tested positive for Coronavirus, the latest among prominent public figures in the country to have contracted COVID-19, while Uttar Pradesh Minister Kamal Rani Verma succumbed to the infection today.
Taking to Twitter, 55-year-old Shah said he had undergone a Coronavirus test after showing initial symptoms
“My health is fine but I am getting admitted to a hospital on the advice of doctors,” he tweeted in Hindi and requested those who had come in contact with him in the last few days to get tested for Coronavirus and isolate themselves.
Click here to watch video
Shah has been actively leading efforts to fight the pandemic in the country where the case tally crossed the 17 lakh mark today.
Political leaders, including BJP president J P Nadda, Rahul Gandhi of the Congress, DMK chief M K Stalin, Delhi Chief Minister Arvind Kejriwal and West Bengal Chief Minister Mamata Banerjee, wished Shah a speedy recovery.
Karnataka Chief Minister BS Yediyurappa said he has tested positive for COVID-19.
“I have tested positive for coronavirus. Whilst I am fine, I am being hospitalised as a precaution on the recommendation of doctors. I request those who have come in contact with me recently to be observant and exercise self quarantine,” the veteran BJP leader wrote on Twitter.
In Uttar Pradesh, Kamal Rani Varun, the only woman Cabinet Minister in the state, died of COVID-19 at a hospital in Lucknow today. She was 62.
The Technical Education Minister, who tested positive for COVID-19 on July 18, breathed her last at the Sanjay Gandhi Postgraduate Institute of Medical Sciences (SGPIMS).
She had comorbidities, including diabetes, hypertension and hyperthyroidism, a senior doctor at the hospital said.
President Ram Nath Kovind, Prime Minister Narendra Modi, Chief Minister Yogi Adityanath and other leaders expressed grief over her demise.
The chief of Uttar Pradesh’s BJP unit, Swatantra Dev Singh, too has tested positive for COVID-19 and has quarantined himself at his home following doctors’ advice.
Singh made public this information on Sunday in a tweet in Hindi.
Tamil Nadu Governor Banwarilal Purohit has tested positive for COVID-19, and has been advised home isolation since his infection was mild, according to a bulletin issued by the Kauvery Hospital in Chennai.
Purohit, 80, was in self-isolation since July 29 after three people in the Raj Bhavan tested positive for the Coronavirus.
The bulletin said the Governor underwent further tests today. He has been advised home isolation and a medical team would monitor him.
Earlier, as many as 84 security and fire services personnel deployed in the Raj Bhavan tested positive for the virus on July 23, but the Governor’s office had then said none of them came into contact with Purohit or senior officials.
Several MLAs in the State have also tested positive for COVID-19, while DMK legislator J Anbazhagan had died in June.
Last week, Madhya Pradesh Chief Minister Shivraj Singh Chouhan had tested positive. Some State Ministers and BJP leaders who met him had quarantined themselves at their homes
Chouhan, 61, was admitted to a COVID-19 designated private hospital in Bhopal.
In West Bengal, Trinamool MLA Tamonash Ghosh, 60, had passed away in June due to the coronavirus.
Meanwhile, India’s COVID-19 tally crossed the 17-lakh mark today just two days after it went past 16 lakh, with 54,735 cases being reported in a day, while the recoveries crossed the 11-lakh mark, according to the Union Health Ministry data.
The total Coronavirus cases surged to 17,50,723, while the death toll climbed to 37,364 with 853 people succumbing to the disease in a day, the data updated at 8 am showed.
The recoveries have mounted to 11,45,629, while there are 5,67,730 active cases of Coronavirus infection in the country presently.
The recovery rate among COVID-19 patients has risen to 65.44 per cent while the fatality rate has further dropped to 2.13 pc, the data stated.
The total number of confirmed cases also includes foreigners.
This is the fourth consecutive day that COVID-19 cases have increased by more than 50,000
According to the ICMR, a cumulative total of 1,98,21,831 samples have been tested up to August 1 with, 463,172 samples being tested on Saturday.
Of the 853 fresh deaths reported, 322 are from Maharashtra, 99 from Tamil Nadu, 98 from Karnataka, 58 from Andhra Pradesh, 48 from West Bengal, 47 from Uttar Pradesh, 26 from Delhi, 23 from Gujarat, 19 from Punjab, 16 from Rajasthan, 13 from Bihar, 11 from Telangana and 10 from Odisha.
Nine fatalities have been reported from Madhya Pradesh, eight from Kerala, seven each from Haryana and Jharkhand, three each from Assam, Chandigarh, Goa and Uttarakhand, two each from Andaman and Nicobar Islands, Chhattisgarah, Puducherry and Telangana while Manipur has recorded one fatality.
Of the total 37,364 deaths, Maharashtra has reported the maximum at 15,316 followed by 4,034 in Tamil Nadu, 3,989 in Delhi, 2,464 in Gujarat, 2,412 in Karnataka, 1,677 in Uttar Pradesh, 1,629 in West Bengal, 1,407 in Andhra Pradesh and 876 in Madhya Pradesh.
So far, 690 people have died of COVID-19 in Rajasthan, 530 in Telangana, 428 in Haryana, 405 in Punjab, 309 in Bihar, 187 in Odisha, 113 in Jharkhand, 101 in Assam, 83 in Uttarakhand and 81 in Kerala.
Chhattisgarh has registered 55 deaths, Puducherry 51, Goa 48, Tripura 23, Chandigarh 18, Himachal Pradesh 14, Andaman and Nicobar Islands seven, Manipur six, Meghalaya and Nagaland five each, Arunachal Pradesh three, Dadra and Nagar Haveli and Daman and Diu two and Sikkim one.
The Health Ministry stressed that more than 70 per cent of the deaths occurred due to comorbidities.
“Our figures are being reconciled with the Indian Council of Medical Research,” the Ministry said, adding that state-wise distribution of figures is subject to further verification and reconciliation. (PTI)