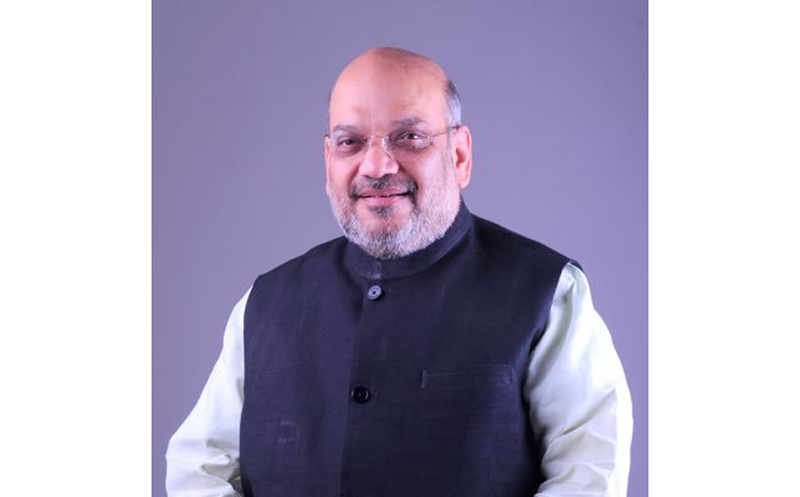 ‘Paharis to be accommodated as separate ST block’

Nishikant Khajuria
JAMMU, Nov 24: In the wake of ongoing protest march by the Gujjars and Bakerwals against the Central Government’s move on granting Scheduled Tribe status to the Paharis, Union Home Minister Amit Shah today held a meeting with representatives of the agitating Joint Action Committee and assured no dilution in the existing quota as well as other ST benefits to the community.
Though there was no official word by the community leaders after an hour-long meeting with Amit Shah at his official residence in New Delhi, sources hint that the ongoing protest march by the Gujjar-Bakerwal Joint Action Committee is likely to be suspended following the assurance given by the Union Home Minister.
Sources privy to the meeting told the Excelsior that Amit Shah assured the Gujjar Bakerwal Joint Action Committee leaders that existing 10 percent reservation to the community will remain intact and the Paharis as Scheduled Tribe would be accommodated in a separate block.
After giving a patient hearing to the Gujjar-Bakerwal representatives, who conveyed their resentment against the Central Government’s move on ST status to Paharis, Amit Shah is learnt to have disclosed in the meeting that a new arrangement is being worked out under which special arrangement will be made for separate reservation quota to both the communities.
The Home Minister made it clear that Pahari, Gadda Brahman, Koli and Padri will be accommodated as a separate group of Scheduled Tribe with special arrangement ensuring that reservation to them does not affect quota of Gujjar-Bakerwal, sources explained.
The meeting was arranged by the Union Home Minister for clearing confusion over feared erosion of the quota of Gujjar-Bakerwal because of proposed inclusion of Paharis in the list of Scheduled Tribes in J&K.
Pertinent to mention that some leaders of Gujjar – Bakerwal community under the aegis of Gujjar Bakerwal Joint Action Committee, are taking out a protest march from Kupwara to Kathua since November 4 against the proposed Scheduled Tribe status to the Paharis. Union Home Minister Amit Shah, during a rally in Rajouri last month, had promised ST status to the Paharis, bringing cheers among the community but infuriating Gujjars.
The Commission for Socially and Educationally Backward Classes, led by Justice (Retd) GD Sharma has recommended reservation to Pahari, Paddari and Koli as well as Gadda Brahman and the National Commission for Scheduled Tribes recently gave a go-ahead to include these groups in ST list of J&K.
According to the sources, the meeting with representatives of the Joint Action Committee, held at official residence of Amit Shah at New Delhi this evening, was also attended by Union Home Secretary A K Bhalla, Member of Parliament (Rajya Sabha), Er Ghulam Ali Khatana, senior BJP leader Sunil Sharma, prominent Tribal researcher Javaid Rahi and some Gujjar leaders.
Gujjar-Bakerwal Joint Action Committee was represented by its President Haji Yousuf Gorsi, Advocate Guftar Ahmed (General Secretary), Danish Iqbal (Chenab President), Yasin Poswal (Incharge Kashmir Province) and Murtaza Budhana (President Students Wing JU). Former MLA Advocate Qamar Chowdhary, Rafiq Balote (BDC Uri), Mustafa Rahi (DDC Kalarose), Advocate Jameel Choudhry (GDCT President Youth Wing), Shahid Ayoub (Research Scholar) were special invitee in the meeting.
Sources said that the meeting was held in a very cordial atmosphere for more than an hour, during which the Joint Action Committee representatives and leaders of the Gujjar-Bakerwal community sought to explain the reason behind their opposition to granting ST status to Paharis, who are neither tribal nor a marginalized group.
Amit Shah listened to the Gujjar-Bakerwal leaders patiently and said that there was no reason to panic over the Government move on granting ST status to Paharis and other deserving communities in J&K, who will have their own block and separate quota. Maintaining that special arrangement will be made with foolproof provision for separate reservation quota to both the groups, he assured that all due rights and benefits of Gujjar-Bakerwal community will be protected.
According to the sources, the Union Home Minister told the Gujjar-Bakerwal Joint Action Committee leaders in a complaining tone that they should have met him before launching protest march if they had any apprehension of an adverse impact on their reservation benefits because of ST status to Paharis.
As the Gujjar-Bakerwal leaders were apparently satisfied with the assurance given by the Union Home Minister, the later hoped that the Joint Action Committee representatives would suspend their ongoing protest march by tomorrow.