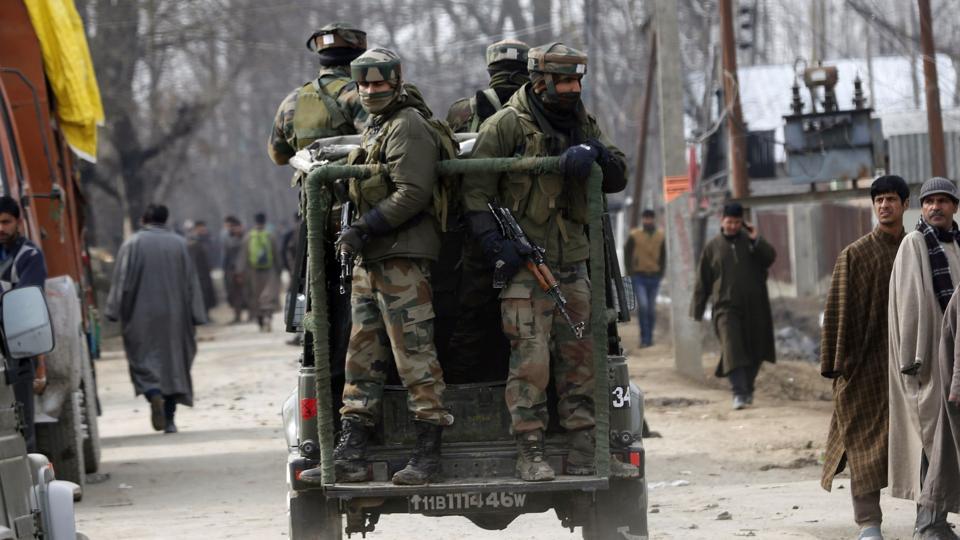 SRINAGAR: Security forces launched Cordon and Search Operation (CASO) on Friday in Pulwama in South Kashmir, where clashes erupted as locals hit the streets.
Official sources said that security forces and Special Operation Group (SOG) of Jammu and Kashmir police launched a joint search operation at Kareemabad in Pulwama following a tip off about the presence of militants. Security forces sealed all exit points and launched the operation, they said adding identity cards of all male members were being checked before allowing then to go.
However, when the searches were being conducted, people in the adjoining areas hit the streets and tried to march Kareemabad to disrupt the operation. Security forces deployed in the area immediately swung into action and prevented the demonstrators from moving towards cordoned off area.
Security forces burst teargas shells after repeated lathicharge had no impact on the demonstrators, they said adding additional security forces were rushed to control the situation.
This was the first CASO in Pulwama, where five Central Reserve Police Force (CRPF) and three militants were killed after Jaish-e-Mohammad (JeM) fidayeen stormed their camp on last day of the 2017. (AGENCIES)