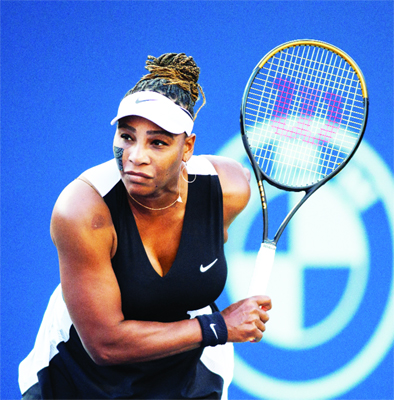 Harihar Swarup
Serena Jameka Williams, the world’s greatest tennis player, announced her retirement last week. An African American woman, Serena, along with her sister Venus, has dominated an essentially white sport-both in tennis of who played it and the audience that followed it.
What kind of dominance? Serena has won 23 grand slam titles, more than other male and female player in the open era. She was world no 1 for 319 weeks, holding that position for 186 consecutive weeks. In 2002-2003, she won a non-calendar year a grand slam, spanning the 2002 French open championship to the 2003 Australian open. Serena repeated this feat in 2004-2005, resulting in the term “Serena Slam”.
She is the highest earning woman athlete of all time. Over her illustrious career, spanning almost 24 years, Serena has earned $4.6 million in prize money while walking away with over $450 million in career earnings. She has deployed her earnings in Serena Ventures, which predominantly invests in companies started by women and people of colour.
Serena’s brilliance and achievement and her legacy as the greatest tennis player ever is not, in my opinion, simply, about her tournaments record. Her legacy as the greatest is due to how she has, along Venus, transformed the sport of tennis. Since they started playing professionally, more young, African American girls and boys have picked up a tennis request. Children of colour would line up to watch the sisters play at tournaments and wait to get autographs after the game. Tennis courts sprang up in Harlem, New York-a bastion of African American life, culture and heritage. Naomi Osaka, the former world number one, who is herself bi-racial with a Haitian father and a Japanese mother, often points out to Serena as her childhood Tennis idol.
Let us examine the transformational nature of Serena, the player both racially and in term of gender. In 1999, she won the first Grand Slam at 17. At that time, she became first black player since Arther Ashe in 1975 to win a Gram tournament. She was two months pregnant with her daughter Olympia, when she won the Australian Open in 2017. Serena’s comeback after pregnancy contributed to an important change in women’s professional tennis: players were allowed to enter tournaments based on their rankings prior to their pregnancy for three years after giving birth.
Serena made us think about issues related to gender and longevity for athletes (including professional life). When she recently thoughtfully discussed her retirement at the age of 41. As she explained in Vogue “believe me, I never wanted to have to choose between tennis and a family. I don’t think it’s fair. If I were a gay, I wouldn’t be writing this because I’d be out there playing and winning while my wife was doing physical labour of expanding our family. May be I would be more of Tom Brandy…. But I’m turning 41 this month and something has got to give”. Tom Brandy, the American football quarter back, as also Roger Federer, played their respective sports well into their respective sports well into their 40s, while their wives had children.
Serena and her family’s influence has also crossed over into the world of culture and cinema. King Richard, a film about the William’s family, which centred around their father Richard Williams, was released last year. Will Smith, who played Richard Williams, won the best actor Oscar for his role, and Aunjanue Ellis, portraying their mother Oracene Price, won the best supporting actress Oscar. Both Serena and Venus Williams are credited as producer of the film. (IPA)