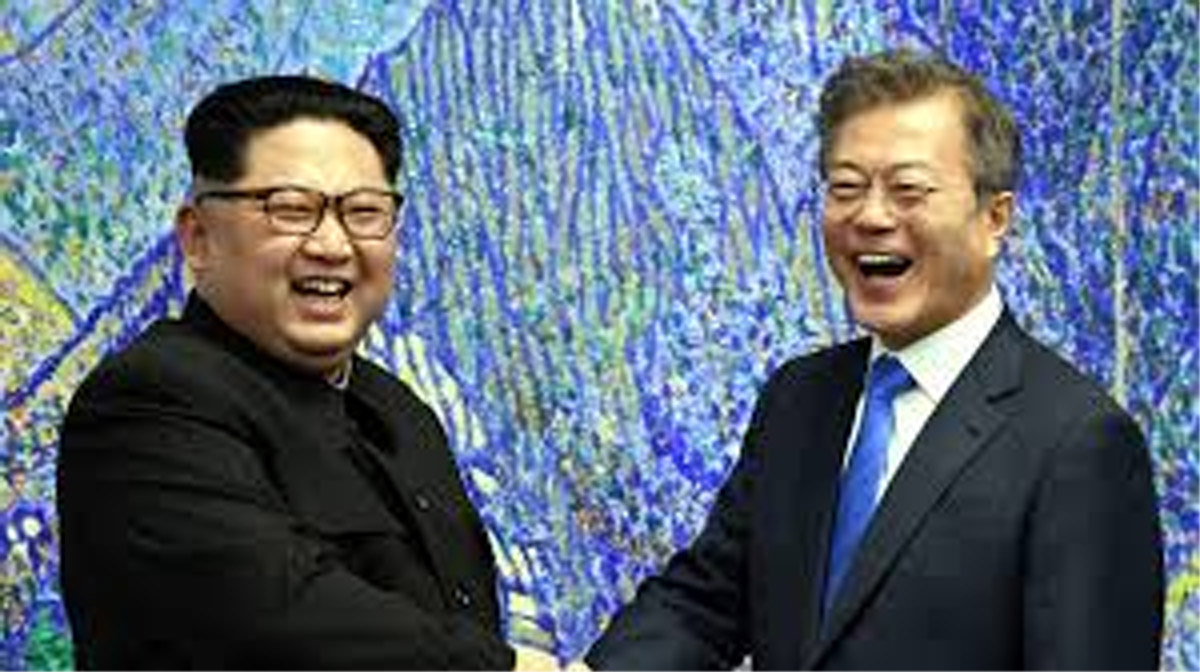 SEOUL, Jan 21: Peace on the Korean Peninsula will boost the South Korean economy as it would increase growth potential of the economy struggling with low growth, income disparity and aging population, the mayor of the South Korean capital city said Monday. “Security and peace are important to our economy. The potential risks of war have reduced (South) Korea’s economic potential,” Seoul Mayor Park Won-soon said in his news conference with foreign correspondents in Seoul. The peninsula has been left divided since the 1950-53 Korean War ended with armistice. On-and-off tensions from the divided peninsula produced geopolitical risk as a constant factor of the South Korean economy by the name of “Korea Discount.” Park said peace on the peninsula will serve as a driving force for the economy, leading the global economy to grow further. Once the railways between South Korea and the Democratic People’s Republic of Korea (DPRK) are connected across the border, people would go from Seoul station to Pyongyang station in just one hour, and arrive in Beijing by train in just one day, the Seoul mayor noted. The two Koreas held a symbolic groundbreaking ceremony in December to modernize and eventually connect roads and railways across the border. Construction works for the connection are banned under the international sanctions toward Pyongyang. According to the Korea Transport Institute estimate, the Gyeongui Line connecting Seoul to the DPRK’s northwestern city of Sinuiju could have an economic effect of up to 140 trillion won (124 billion U.S. dollars) for the next 30 years. The amount of import substitution effect of three minerals, including steel and zinc, by importing the minerals from the DPRK to South Korea could reach 54 billion U.S. dollars, according to the estimate. Considering the expected trade expansion and the logistics cost savings, the economic effect would increase further, the mayor said. He stressed that whether to launch a full-fledged inter-Korean cooperation depends on the outcome of the second summit between top DPRK leader Kim Jong Un and U.S. President Donald Trump. Kim and Trump had the first-ever DPRK-U.S. summit meeting in Singapore in June last year. The White House said Friday that the second Kim-Trump summit will take pace “near the end of February.” “I’m optimistic” about the second Kim-Trump summit, said Park, noting that if the second summit ends successfully, it could lead to the peninsula’s complete denuclearization, the permanent peace settlement and the lifting, or easing, of sanctions against the DPRK. If the sanctions issue is resolved in the second Kim-Trump summit, the inter-Korean cooperation would be made at a faster-than-expected speed, the Seoul mayor forecast. The South Korean government under President Moon Jae-in, who said the peninsula’s peace would lead to economic growth, was struggling to bolster the lackluster economy faced with the prolonged low growth, the widened income inequality and the aging population. In accordance with the central government’s efforts to boost the economy with investment in innovative industries, the Seoul government planned to support “innovative startups” by increasing the number of facilities for the startups from the current 40 to 100, fostering the so-called “converging new industrial hubs” and raising 1.2 trillion won (1.1 billion U.S. dollars) worth of Future Growth Fund. “An economic paradigm will not be changed in a day. But, the transformation from the past catch-up’ economy to innovative economy’ has already begun. Progress would be made faster than expected if both the central and local governments focus (on the innovative growth) together,” said Park. The mayor said his city government was consulting with Beijing on cooperation in innovative growth, noting that if the Seoul city cooperates with many other international cities, the synergy will be big while the speed will be rapid. Touching on the ultrafine dust, which badly hit the entire South Korea this winter, the Seoul mayor said his city had made efforts to enhance the air quality in cooperation with 13 cities in East Asia.
(AGENCIES)