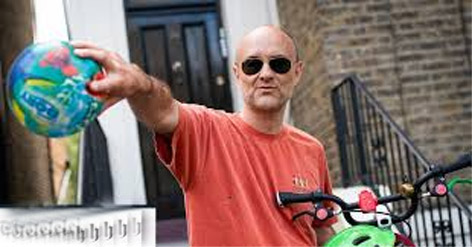 MOSCOW, May 24: Dominic Cummings, senior adviser to UK Prime Minister Boris Johnson, breached coronavirus lockdown rules more than once when traveling from London to Durham, in northeast England, with his family amid the pandemic, media report.

Witnesses told The Guardian that Cummings was spotted in Durham on April 19, and in Barnard Castle, which is located 30 miles from Durham, on Easter Day. The Guardian said on Saturday that UK ministers had insisted that Cummings had stayed put once arriving at the property in Durham, where he was seeking support from his extended family as he had demonstrated coronavirus symptoms, along with his wife.

The reported April trips that Cummings took came after his first trip from London to Durham at the end of March, according to The Guardian.

The Evening Standard reported on Saturday that Cummings’ father spoke to Durham police on April 1, after the senior adviser was spotted in Durham at the end of March.

“During that conversation, Mr Cummings’ father confirmed that his son had travelled with his family from London to the North-East and was self-isolating in part of the property,” Durham police told The Evening Standard.

In response to the British media reports, a Downing Street spokeswoman said that the stories, particularly from The Mirror and The Guardian, were inaccurate.

“We will not waste our time answering a stream of false allegations about Mr Cummings from campaigning newspapers,” the spokeswoman said in a statement on Saturday.

Cummings was at the helm of the Vote Leave campaign and took part in the development of the British government’s coronavirus strategy. Calls for his resignation have recently gained momentum as news emerged of him having breached coronavirus lockdown rules.